The Alienware m15 R3, the 2020 update to the m15R2 that we saw last year. It’s mostly the same exterior design wise you’re getting the same sortof sci-fi look with the text and the ringed LED in the back, as well as the whitesort of stand up finish, and the RGB keyboard which I do like a lot I think it’s unique in a field of laptops that look really similar,this one kind of stands out. Given that it’s the same on the outside it’s more about the component refreshes and the feature updates that have gone into this year’s model. The starting price withthis laptop is $1,500, our review configuration is 2160, so it’s a bit more expensive than that. We can get a distinctly high-end laptop, though there are mid rangeconfigurations with this laptop. That means we’re comparing it to other premium laptops crew the cream of the crop, but 2160 is actuallyone of the better values at that price range, because for that price,you get a 10th generation Intel core i7 CPU, 16 gigs ofRam , it’s a one terabyte SSD, which is actually two 512 SSDs that are in a raid zero configuration to show up as one drive, anNVIDIA GeForce RTX 2070 GPU, which is good, it’s notthe next few versions, so there’s a bit more power than the two down alternatives though it is not the super GPU that have been showing up in some models. 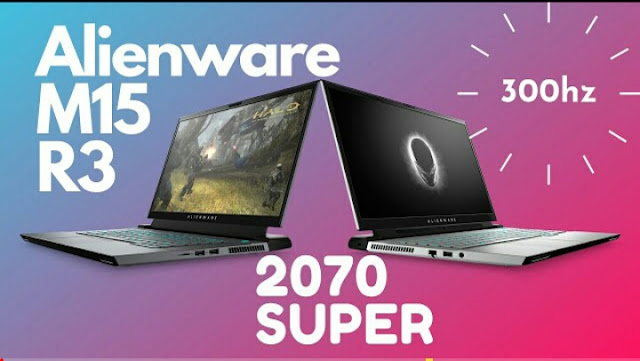 Additionally, this display,which is a full HD resolution is 300 nits so that’s asuper high refresh rate for those playing triple A games that probably won’t comeinto effect that much if you’re a big budgetsingle-player titles, those games are notgonna run full settings at 300 frames per second. But for those people who were into competitive multiplayer titles, those are the sorts of games where not only are higher frames possible because there are lessvisually demanding games, but those frameworks canactually benefit you. If you see, you know,slightly higher refresh rates than people you’re playing against, you might see the actionjust that much sooner which can give you an edge. So that’s sort of whothis is for EAs towns and people who really areinto competitive gaming. Not all games are gonna push up to 300 frames per second, of course, but, we tested gameslike Rainbow Six Siege and that got into the 200s close to 300. So you can definitely push that if you’ve set sort of lower settings, which is a common practicefor playing multiplayer games, because it allows you topump those higher frame rates to give you that edge. Now, as for those bigbudgets, single player titles, this laptop did average just over a 100 frames per second. So that’s pretty good performance I think not being theMax-Q version of this GPU, given that extra step and it’s actually competing with laptops that have the Max-Q 2080 GPU. So it’s really close and a lot of those costs several 100 dollars more than this. So, it hung at or above thesame average frame rates as laptops that are more expensive or about just as expensive. So, it’s really good performanceconsidering the price I know it sounds high, it ishigh, it’s a higher end laptop, but in that field, it’s actually one of the less expensive for the same performance level.

So all of that said about it’s performance let’s move on to the portability and sort of the physicalaspect of this laptop. It’s a bit heavier than maybe you’d want it’s 4.65 pounds. It’s a little heavierthan some gaming laptops but it’s right on par with other machines like the Razer Blade 15, it’sactually slightly lighter. Some Asus Zephyrus laptopsare right in the same ballpark so, to get that much power into it being under five pounds atthat point is it’s pretty good that’s sort of the benchmark and the closer you canget to four Pat’s flat all the better. Only small laptops at 14 inch laptops, would be four or underso in the grand scheme, it’s portable enough itmight get a little heavy to bring in your daily commute. The other thing that limitsits portability to a degree is the battery life they ran for two hours and 40minutes on our rundown test, which is unfortunately on the lower side. Gaming laptops notorious in the past for their short battery life have really improved along way in recent years. A lot of laptops we testedthat we compare this to ran for six or seven hours sojust under three is not great. I ran a test to make surethat’s what it was getting and that’s roughly whatit lands on every time. It is a (mumbling)two hearts, since you’re gonna beplaying games on the charger and plugged in and you can use it at your destination where it won’t be toohard to carry with you, even if you don’t use it thewhole time you’re traveling to your destination. So a con, but not a deal breakerin this category of laptop. Rounding up the physical buildon this laptop or the ports, there are three standardUSB-A, a micro SD card slot a USB-C port with Thunderbolt three. There’s an ethernet jack, which is a nice inclusion at this size, the HDMI connection, mini display port and there’s also a proprietary connection for Alienware’s externalgraphics amplifier, which obviously sold separately.

You want to put a GPU in that enclosure and connect it to powerthis, you can do that, but a laptop of this powerful, you’re not going to getthat much better performance over an external disclosure so probably wouldn’t gothat route with this laptop, but the option is there ifyou already own that GPU. So with all of that said, there’s a lot to like about this laptop and the only real con is the battery life. I like the design, I think it stands out, it may not be to everyone’sliking, but it is fun to me, it’s not the garnishment and black design of all that scream gaming laptop, but it kind of lets youknow it’s a gaming laptop it’s fun, it’s wide,it’s got some styling, it’s it’s different, but I don’t think it’s ugly and I think that’s all about execution. The Asus ROG Zephyrus S GX502has been our editor’s choice for the sort of 2000to $2,900 laptop range for the past year or so and this takes the crown off it, this is our new top pic in this price tier that offers similarperformance to that laptop if not better, in mostcases, for slight less money, it adds a 300 Hertz display I do like the design more than myself. So it’s hard to arguewith that sort of offering you could maybe like the reasonably 15s all metal build more, butyou do have to pay up for it. So this is the best combination of power, performance,price in this category and for that it earns our editor’s choice and a four and a half star rating.