So today we’re going to check out Asus AInoise cancellation, which is offered in different ways on their products. So first we of course have these headsetswhich have this AI noise cancellation mic which I tested recently, then we have theirnewer motherboards which have this features built in so it will work with any mic thatyou connect to the motherboard, in this video we’re going to use their new TUF B550 motherboardbut it will also be available on their newer releases. Lastly we also have this small AI Noise cancellingmic adapter, which will allow you to use this feature with any device without having anAsus headset or Motherboard, and the really great thing about it is that you can evenuse it with your phone where it is impossible to get this feature, which really makes thisfeature much more accessible and versatile. But all of this discussion about how goodthis is is useless unless these AI Noise cancelling products can work as well as RTX voice, andthat is what we’re going to test in today’s video. let’s get started. 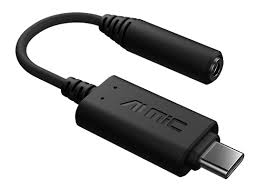 So to test the performance of all these differentways of noise cancellation today, we’re going to have a series of tests, I will showyou what the raw sound input is like with my lav mic, and then I’ll switch to themic with one of these techniques, and you can hear how effectively each of them managesto cancel out the noise. We have this ROG Strix Go headset for thein-built AI NC test, and for all other tests we’ll use this JBL Quantum 100 which I reviewedrecently, and I’ll plug it into different motherboards and the adapter. For testing it with the TUF B550 motherboard,I actually had to build a complete PC to test it properly, so I would appreciate it if yousubscribe to the channel with bell icon because that took a lot of effort for a video of thiskind. Now India is a country where we have lotsof dogs, many people have dogs as pets, and we also have a lot of dogs on streets, andsometimes there are groups of them, and they are have wars between different gangs at nightso they bark a lot, and this really creates an unprofessional environment especially whenI am recording these videos. If you are on a call, then it also doesn’tsound very pleasant, and for gaming you will already have many of your teammates shoutingon their mics, so you don’t need the extra dog barks added to your audio. So we are going to have a dog barking testand for that we have this dog, and I know that you must be thinking that this isn’ta real dog, and that is right, this is a soft toy version, but we will have a bluetoothspeaker that will stimulate barking of this dog, so let’s check out how different methodsare able to cancel this noise out. So this is what the raw audio sounds likeand I’ll let you hear how loud the dog is. 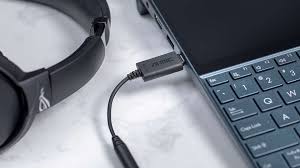 We have the crowd test now with the AI noisecancellation on the motherboard and this is what it sounds like with my JBL Quantum 100plugged into the Asus TUF B550 motherboard. Now we’re tolerating the not very pleasantnoise from this crowd for the final time, and this time we’re using the Asus AI Noisecancellation mic adapter and I have my JBL Quantum 100 headphone plugged into it, andthis is what this sounds like with this adapter. So that was a long series of tests, and ifyou have watched till here without skipping, I really appreciate your patience. But that was not the end of these tests aswe have a final test where we test how well this adapter works with iOS and Android devices. So with laptops and PC, this adapter is goingto work really well, on iOS it also works fine, but on Android I felt that the microphonesignal was too hot, meaning there was too much gain to it, and I am not sure if there’sa way in software to lower the microphone gain. This was also the issue with the Strix Goheadset when it was plugged into Android phones, so I am pretty sure that there is some issuewith how Android is handling this, which might get fixed in future. But still the result was pretty impressiveeven if the voice didn’t sound as natural as using it on PC or iPad. Now between RTX Voice, and all these AsusAI Noise cancelling methods, I have not compared each of these tests individually with eachother because even I recorded all of this for the first time, but in the comparisonsthat I have made, I think all of this performs very closely, and even though one of thesetechniques might have better or worse performance than other in some areas, I think they allare close enough in comparison that you can use them interchangeably. So the RTX Voice is really great, as you don’tneed to have anything extra to make it work as long as you have an Nvidia GPU that supportsit, and I personally see most people using Nvidia GPUs at least on PC.

The performance hit is there, but if you’regoing to use it occasionally then it is a pretty good option to have, especially asit doesn’t cost anything and for esports games you may already have plenty of horsepowerto spare. But all these Asus products are also prettycool, as there’s no special hardware requirement, you can use it on AMD GPUs, or on laptopsthat don’t have hardware that supports it. The headset is of course offering this noisecancellation feature, but if you buy one of the newer Asus motherboards, you basicallydon’t have to do anything extra, and it will work in the background without botheringyou.