THING YOU KNOW ABOUT CALL OF                        DUTY MODERN  WARFARE
Now, you might have thought the Battle Royale trend was cooling off, but not so fast there storm trooper, your friends at Activision aren’t finished with it yet. Despite including a Battle Royale mode in Call of Duty: Black Ops 4 called Blackout back in 2018, the publisher seems to want to try their hand at the free-to-play model. They’ve launched a Call of Duty: Modern Warfare spinoff called Call of Duty: Warzone available now for free on PlayStation 4, Xbox One, and PC. 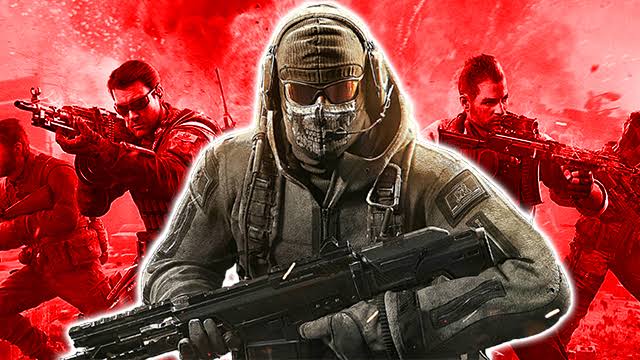 .Here are the five things you should know about Call of Duty: Warzone. NUMBER ONE! – Call of Duty: Warzone has two modes – Battle Royale and Plunder. The Battle Royale mode will feature 150 players split into squads of three as they go head-to-head with other teams to come out as the last squad standing. For comparison’s sake, Fortnite counts 100 players per game and Apex Legends counts 60 players per game. You begin the game jumping out of a plane, armed with only a handgun and your fists, and your wits, onto the huge map of Verdansk, a fictional Russian city that was featured in Call of Duty: Modern Warfare. Over time, a circle of deadly green gas will enclose over the map as you and your squad search for weapons and gear to survive. While the Plunder game mode has a similar setup, the goal here is to find and earn as much cash as possible. You can find cash hidden in buildings and chests all over the map as well as earn cash by killing enemies and picking up their loot.
There’s also in-game contracts that if you fulfill, can earn you a nice chunk of change.NUMBER TWO – The Gulag! Usually when you die in a battle royale game, that’s it! Game over man. Game Over. But in Warzone, the first time you’re killed, you’re sent to the Gulag commonly known as a POW camp. In the Gulag, you fight for your life by going one-on-one with another player using your bare-hands or maybe a pistol you find lying around somewhere. If you win, you’re dropped right back into the match with your squad. If you lose, your squadmates have to drop some in-game cash at a buy station to bring you back. NUMBER THREE – Speaking of in-game cash, it plays a significant role in Call of Duty: Warzone. As previously mentioned, cash can be found in chests, hidden in buildings, and picked up from enemies you’ve killed. Throughout the map there are buy stations where you can spend your cash on reviving teammates, temporary weapon upgrades, armor, loadout drops, self-revive kits, and killstreaks. Yes, you can BUY killstreaks. And boy, that cluster or precision strike while that circle of reen gas gets smaller, that can be devastating.
NUMBER FOUR – Microtransactions. Call of Duty: Warzone is a standalone, free-to-play game… so of course there are microtransactions. Luckily the microtransaction system in the game is strictly cosmetic at the moment and not pay-to-win. Like previous Call of Duty games, the microtransaction system is based on COD Points. You can use COD points to buy cosmetic items like skins or accessories or you can buy a Battle Pass which contains unlockable characters, blueprints for loadouts, XP tokens, and other content. You can purchase COD Points for real money starting at $1.99 for 200 COD Points, up to $99.99 for 13,000 COD points. A Battle Pass will run you 1,000 COD points, which is available for $9.99. NUMBER FIVE – Even though Call of Duty: Warzone is a free standalone game, there are some incentives for Call of Duty Modern Warfare owners. If you’ve been putting in work over on Modern Warfare, your progression carries over to Warzone. Yes, your Battle Pass items, your operators, your weapons and customizable items will all be available in Warzone. In addition, all of your progress made in Warzone will be carried back over to Modern Warfare.
Even if you don’t own Modern Warfare, if you decide to buy it, your Warzone progress will transfer over. And a bonus point! Call of Duty: Warzone features crossplay across Xbox One, PlayStation 4, and PC. Where we know the PC players are probably gonna run court. So have you checked out Call of Duty: Warzone yet? Does it innovate on the battle royale genre of games? Or is it just the same ole thing in a fancy new wrapper? Let us know in the comments down below. Let’s get into a chat, I think that’s alot of fun. And you can check out GameCrate.com for more Warzone coverage and strategy guides on the best ways to win. As always thanks so much forwatching. For Newegg Studios, I’m Juan Carlos Bagnell, and I’ll catch you on thenext video