HOW TO INSTALL AN INTEL INTEL WI FI -6(GIG+)Kit.

Intel has been making fast and reliabledesktop Wi-Fi kits for years. The idea behind a Wi-Fi kit is that anyoneincluding someone who doesn’t know what a Wi-Fi kit is can add Wi-Fi to theirdesktop computer. There are plenty of desktops that don’t come pre-loaded withWi-Fi. Those that do either have it embedded into the motherboard itself orinstalled via a Wi-Fi car. If you don’t have Wi-Fi it makes sense that you’d goto Intel’s new Wi-Fi 6 (Gig+) M.2 dt kit. Being built with Wi-Fi 6technology means that it can support wireless internet speeds up to atheoretical maximum of 2.4 gigabit per second which is roughly three timesfaster than traditional Wi-Fi 5 tech which only supports a theoretical limitof 867 megabits per second. Because it’s built with Gig+ technology it’s alsoaround 50% faster than standard Wi-Fi 6 kits too – In other words, it’spacked with a lot of speed. Now you don’t need to have a fully Intel poweredsystem to take advantage of their Wi-Fi kit but it certainly wouldn’t hurt andthis increased speed means that using your new faster Wi-Fi for competitivegaming isn’t out of the question either. 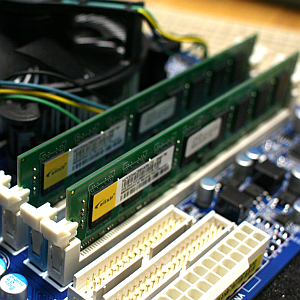 Intel’s new Wi-Fi 6 (Gig+) kit is easyto use but if you don’t know your way around the motherboard it can be alittle daunting. There are a lot of slots and sockets and wires and plugs and most of them don’t even have anything to do with Wi-Fi. So don’t worry, we’re here tohelp. Here’s a step by step guide showing you how to install Intel’s newest Wi-Fikit. First – you’ll need to expose your motherboard because that’s where thekids going to be installed. You may need to remove the side panel of your desktopcase. As long as you don’t have too many PCIe expansions already plugged into thecomputer like multiple graphics cards or sound cards you shouldn’t have anytrouble finding the right open slot. That brings us to Step two.  You’re going toneed to find your open M.2 slot which is typically located near or around yourPCIe slots. It looks a little like this – and some newer motherboards may haveseveral of these. If you’re having trouble finding it be sure to consultyour motherboard manual to confirm that it has an M.2 key e slot to begin with. There may be more open M.2 slots on your board butthey may be keyed specifically for memory and therefore won’t work withWi-Fi. There’s also a chance your motherboard covers its M.2 two slotswith thermal protection. You can just remove it following the user manualinstructions for your motherboard. After finding the slot simply plug in the kitschip – it should make a light click when secured and it shouldn’t require toomuch force to plug in all the way, so if you feel too much resistance – stop, take a second line it up, and try again.

When it’s plugged into the slot tighten thesmall screw included with the motherboard into the proper hole andwe’ll move on to the next step. The final step of this process involves installingthe antenna and antenna slots – which you’ll notice now dangle freely from theinserted chip. Probably not good to leave it that way in your computer. Thisprocess is identical to installing any new graphics or internal sound cards. Allyou have to do is detach one of the slot covers on the back of your case locatedhere, slide in the antenna portion of the kit, and screw it down. When it’s securelyin place simply screw in the antenna, and you’re all set. The entire processshouldn’t take longer than 10 minutes, but if you need to take extra time toconsult your case or motherboard manuals you should probably do that. Intel’s newWi-Fi 6 (Gig+) M.2 dt kit as well as their many powerful processors like thecore i7 or i-9 can be found on Newegg using the links below. For Newegg Studios, I’m Juan Carlos Bagnell. Thanks so much for watching and I’ll catch you all onthe next one.