IS IT WORTH TO BUY A MACBOOK PRO

Now, before I dive intomore of my experiences, let’s take a look at the specs of this computer. This Mac features a2880-by-1800 retina display with an LED backlight. Below the display is a backlit keyboard with an ambient light sensor. So the keyboard knows whento turn on automatically. And there’s also a multitouch glass trackpad. Inside, the computer as equipped with a 2.6 gigahertzquad core Intel core i7 and Nvidia GeForce 750M, 16 gigs of RAM, and an upgraded one terabyte PCIe SSD. Port-wise, we haveThunderbolt 2, USB 3.0 Type-A, a headphone jack, full-sizeHDMI and an SD card reader. 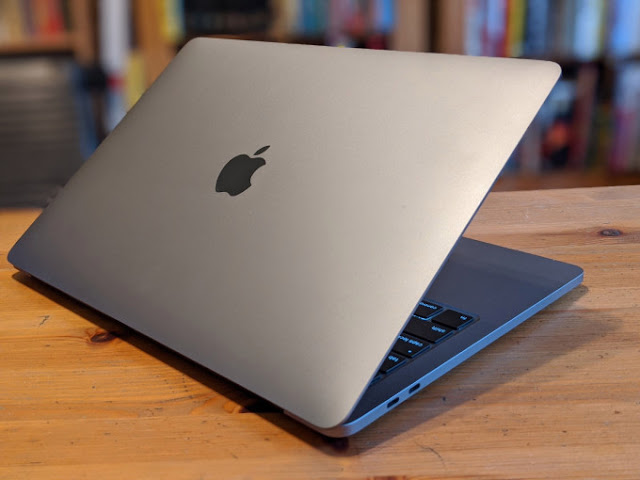 It feels interesting, a little weird in a waylisting off these specs because they’re notbrand spanking new specs, but they’re also not very vintage. It’s still a great computer. I get asked a ton aboutwhen I’m gonna upgrade. And to be honest, I’ve thoughtabout getting a new Mac Pro, but one of the main thingsthat has held me back is the lack of ports. Honestly, without conversion technology, I can’t do much in termsof plugging my stuff in with the new MacBook Pro. Now, I understand I’m gonna have to move that direction eventually,cause things need to change. But for now what’s thepoint in spending money on something that I can’t use as well, if this thing works and ithas all the ports I need. Now, especially for medoing photo and video stuff, it’s really nice to be on the go and not have to worry aboutbringing an SD card reader or an HDMI, Thunderboltadapter or any of that stuff. It’s just, it’s all built in. Not to mention anotherthing that kept me away from the newer MacBook Prosis the butterfly keyboard. I heard too many horrorstories about the keyboard just failing or a single key not working. And I can’t take that chance when I’m doing serious work on the go. Now I know Apple switchedback to scissor switches. 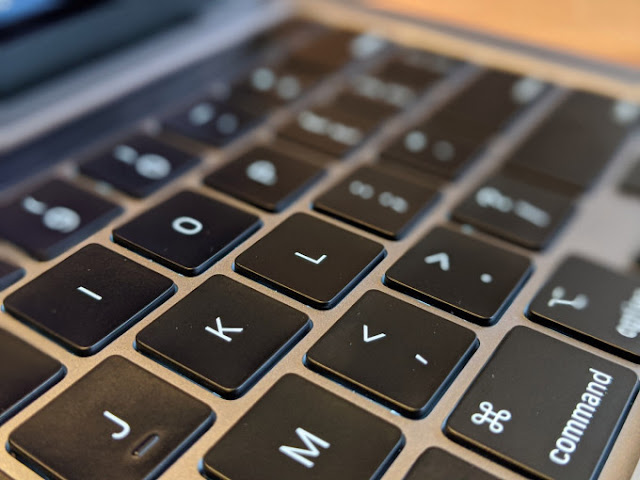 So everything is all dandy again, but I don’t know why theyreally needed to switch away from the scissor switchin the first place. It just feels like they weretrying to solve a problem that really didn’t exist. And in doing so, they actuallycreated more problems. Also I haven’t heard a lot of good things about the MacBook Pro’s cooling system. I’m sure it’s okay for most people, but truthfully with how muchpower is in that computer and how thin it is, the thermal cooling capabilitiesof that thing are not really that adequate. Now, hopefully when Apple ditches Intel for their own silicon, they’ll be able to controlthis issue a lot more. But as of right now withthat Intel chip in there, yeah, the cooling reallyisn’t what it should be. This has just been workingout for me just fine. But with time it hasa hard time keeping up with my workflows andthat’s a bit of a problem. But we’ll talk about that in a bit. First, I wanna talk abouthow I was able to milk (dramatic music) so much time out of this computer, using certain types of software that are just really optimized,even for the older hardware. Every video you have seen on the Computer Clan YouTubechannel within the last six and three quarter years was edited and rendered on this notebook. It has gone many miles,metaphorically and physically. A big reason I’m able tosqueeze so much life out of this computer is because of Apple’s hardware software integration.

In fact, that’s one ofthe main reasons I like to use the Mac. The heart of my camera rig, my main camera rig is aBlackmagic Pocket Cinema 6K. And one of the codecs itsupports is Apple ProRes. So I use an Apple codec withApple’s Final Cut Pro software. So Apple codec, Applesoftware, Apple hardware, it’s all optimized to work together, even though the computeris nearly seven years old, it’s still screams. And I’ve been able tohave high-speed scrubbing, high-speed playback andmore with Final Cut Pro even on the older hardware. And with Adobe software, not so much. Now to Adobe’s credit, they recently updatedtheir software some more and gave it some significantperformance improvements, but it didn’t always use to be that fast. So good job Adobe. Now don’t get me wrong, there’s still some featuresabout Adobe Premiere that I like, and I wish Final Cut Prowould steal those features, but overall, the longevity Ican get out of this computer with Final Cut Pro, plus the unique featuresthat Final Cut Pro offers is just what makes me wannastay on their platform. Plus another nice thing is you only have to pay once. $299 once for the Final Cut Pro app, as opposed to selling your soul for an Adobe monthly subscription. Final Cut sister application, Motion also runs incredibly fast. I use that to make so many motion graphics you see on the channel. And the cool thing is withits rendering capabilities, it can do all thisstuff in near real time, even with 3D objects and reflections. Whereas with other programs, you may have to wait for thescreen to redraw quite a bit. And again, you’re notgetting as much performance out of an older computer causethe software isn’t optimized. And I’ve told people this many times, and of course you can usewhatever program you want. But the problem is if youhave unoptimized software, it doesn’t matter how badass your hardware rig is. If your software doesn’tknow how to leverage, what’s in that computer, you’re just wasting resources. 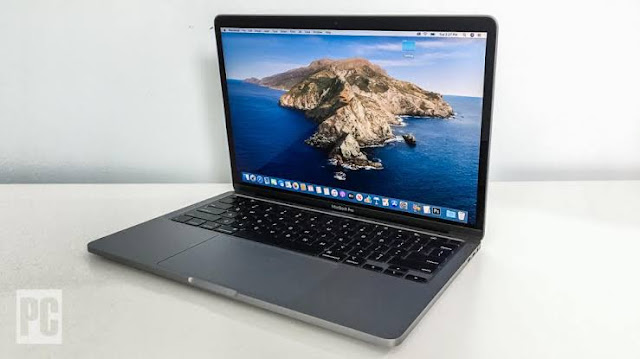 So overall it’s been doing pretty well, but it’s not perfect. And with almost seven years of use, (upbeat music) some things are starting towear out just a little bit. One thing I never likedabout this computer are the speakers. Yeah, they’re built inspeakers, so whatever, but they buzz at certain frequencies and that’s not a defectwith this particular unit. That’s just how they are. The newer speakers on the newerMacBook Pros are way better. Another issue I’ve noticedover time is the film peeling from around the FaceTime camera. Now I know Apple issueda free fix for that, but I don’t know. It didn’t really bother me that much. And I didn’t wanna be without my computer for two weeks or howeverlong Apple would need it. Cosmetic wise, the computeris in really good shape. Just a few little chips outof the aluminum, I guess, and a small little dent here from being a little too uncareful with it when it was in my backpack one day. But overall it looks pretty darn clean, thanks to my secret formula. It’s called taking care of your (beep). Another weird issue I’vehad is the right USB port. Well, sometimes just stop working when you plug something into it. Now it won’t justabruptly disconnect stuff if something’s already plugged in, but let’s say there’s nothing plugged in and you go to plug in a new peripheral. Sometimes it will just not acknowledge it.

Not really sure why. But again, it didn’t do that at first. It’s about seven years old.So it’s a little forgivable. Also to no surprise, thebattery is on its way out. coconutBattery reports the health, usually between 75 and 80%.Sometimes it fluctuates. These batteries are typically made for about five years ofuse before you notice actual battery life issues. And I’ve started noticingthem maybe about a year ago, so about six years into it. So it did its job quite all right, but it is starting to go. Apple does have a rathercheap replacement program. So I’m sure I’ll do that eventually. But now we come to the bigger problem and this is what has been makingme contemplate an upgrade, speed. Yes. Final Cut Pro has beenable to keep up very well, but I’ve moved all ofmy workflows over to 4K. I shoot in 4K, I export in 4K, and it’s starting to bogdown the system a bit, especially if there’smultiple clips playing at once and there’s colorgrading effects going on. The playback can sometimesbe pretty choppy, even in the better performance mode. The better performance modehelps a lot in Final Cut Pro, but it still does lag quite abit when everything’s in 4K. Heck, even the audiosometimes will cut out and fall behind. And it’s manageable (laughs). It’s just, I’ll be honest, for the pastlike five or six months or so, ever since I did the 4K transition, it’s been a pain in the butt. 1080p though, no problem at all. It can just cut right through that. Another thing with 4K is exporting. 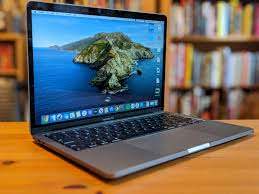 Now the exporting time isn’t terrible. Overall Final Cut isvery speedy with that, but sometimes generally I’ve noticed this when I have it pluggedinto an external display, when I’m rendering 4Kvideo in Final Cut Pro, window animations and othermultitasking abilities just drop down. And it’s tough to use other applications while it’s rendering andconnected to an external display. But what’s even worse, and when I say worse, Imean practically impossible, is HEVC, H.265. There’s no hard workcelebrated HEVC encoding in this computer. So if I wanted to exportanything with HEVC, which is the same qualityas H.264 typical video, but it’s about half file size