Motorola had so many releases this year that the Moto G8 Plus, the main device of the company here in Brazil, looks like an old device. Meanwhile, LG is going at a slower pace and recently renewed its line of simpler devices with three cell phones. The K51s was one of those, and now both him and Motorola are being sold at very similar prices – so, do you pick the oldest and more full-rounded or the newest and simplest? Follow this comparison from TudoCelular.com to discover. The two manufacturers have changed the look of the devices presented here when compared to the previous generation. The Moto G8 Plus no longer has those cameras arranged in a circle and now has a module vertically aligned in a corner, like many other models available on the market. The K51S is the same as the K61 and K41s, but it differs a little from other phones for having the rear cameras aligned horizontally in the center. 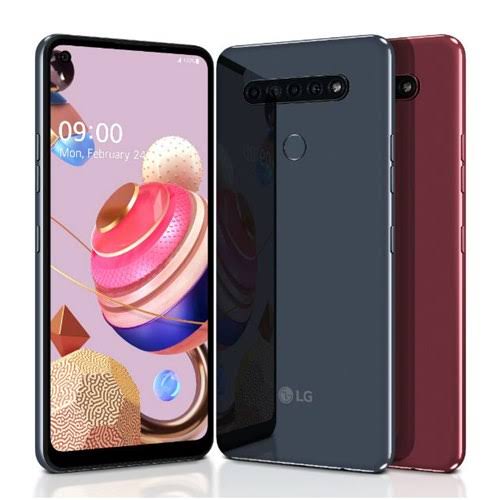 The biometric sensor of both is located in the same region, centralized, and has good speed and accuracy. Their body is expected to be in shiny plastic with rounded corners. While Motorola bet on a very visible gradient finish, LG opted for a metallic shine. With a larger screen, the K51s is heavier and has larger dimensions, except in thickness which is bigger on the Moto G8 Plus because it has more protruded camera modules. Having a plastic frame on both, the LG device brings reinforcement with military certification supposedly withstanding more drops and different temperatures. Motorola’s phone, on the other hand, has the same splash protection that is present in a large part of its siblings. The notch is resolved in a U shape on the Moto G8 Plus and as a hole located in the left corner on the K51s. Both bring a silicone case in the box and are Dual-SIM, but while the slot for the second SIM on the Moto G8 Plus is shared with the MicroSD one, the K51s brings an exclusive space for both. The finish of the G8 Plus is also good, but the K51s takes the point for having better details. Both Motorola and LG have a screen with IPS technology, but the Moto G8 Plus’ display stands out for having Full HD+ resolution, versus the HD+ from the the K51s. The latter’s PPIs fall even more because it has a larger screen of 6.55″ compared to 6.03″ of the rival. 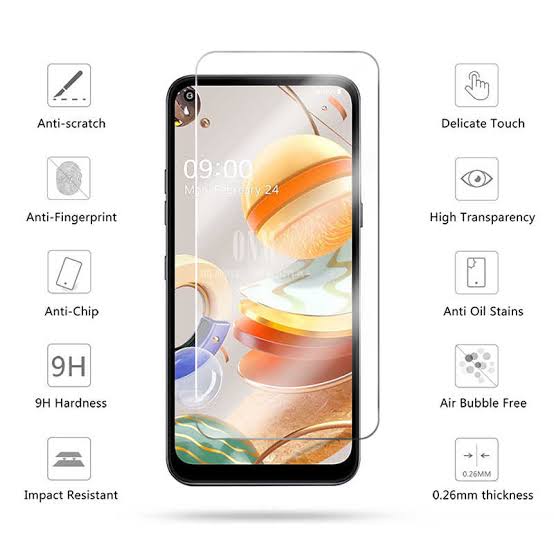 The screen to body ratio is way higher on the Moto G8 Plus, which although it still has a big chin, has smaller bezels compared to the K51s. Things get worse when we see that the LG screen has low brightness and low contrast with more washed colors. Low brightness is also an issue with the G8 Plus, but it does better than the K51s. So, in the end, the point goes to the Moto G8 Plus. Here the Moto G8 Plus is already leading the way by offering stereo sound, something difficult to see in this price range. Along with the presence of Dolby Atmos technology, the power is very good, as well as the quality delivered. In the K51s the only speaker delivers reasonable sound power and has a strong focus on the treble which ends up getting in the way when we listen to music. The headphones are very basic and although there is support for DTS-X Surround it doesn’t make much difference with the bundled headphones. Motorola’s earphones are simple, but they are comfortable and deliver good sound. So it’s another reverberating point for the Moto G8 Plus. Two Androids and two dilemmas – if LG is already bad with its update schedule Motorola is already beginning to prorate with so many launches in a short time however, at least here, the latter does better, because its device arrives with Android 9 Pie but has already has been upgraded to Android 10. LG is messy, and although the K51s is newer, it also came with Android 9 Pie and has no update forecast so far. Neither should go beyond Android 10. On the interface, while LG brings many modifications and features, Motorola brings a cleaner look with correct punctual functions. For connections, the Moto G8 Plus Wi-Fi is Dual-Band ac, which is better than what is just the “n” standard on the K51s, and both have Bluetooth 5.0, GPS (which is more complete on the G8 Plus), and FM radio. Motorola has a few more sensors, and none of them have NFC. 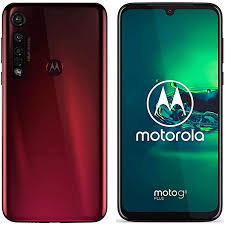 Finally, the point ends up with the Moto G8 Plus. In hardware, we have Qualcomm Snapdragon 665 with 4 GB of RAM for the Moto G8 Plus and a MediaTek Helio P35 with 3 GB on the K51s, and that brings us to exactly the results that you are thinking about. In benchmarks, Motorola performs 84% ​​better than its competitor and in the standardized app opening tests that we do neither of them will be a master at speed, with the G8 Plus being even slower than the G7 Plus, but Motorola still does 12% better. The P35 is already a very old processor. Strangely, K51s is able to reopen apps at a higher speed, even though it has less RAM. Games follow the numbers, and while LG crashes on games like Asphalt 9 and stumbles on others the G8 Plus can run even titles like COD Mobile without any problems. An obvious point for the Moto G8 Plus. We supposedly started tied on the battery, since the two come with 4,000 mAh. However, with so many different characteristics among them, the results also end up being diverse reaching almost twenty and a half hours, the Moto G8 Plus yields three hours more than its competitor. The difference decreases in screen time, but Motorola is still better. When charging, the two take exactly the same time to reach 100%, two hours, and six minutes. This is strange since the G8 Plus comes with an 18-Watt charger in the box against a 10-Watt from LG – and the point ends up with the Moto G8 Plus. Launched last year, the G8 Plus did not arrive with an obligation to offer four cameras, as is the case with the K51s. So, what is the set that we have here? We have the Moto G8 Plus with a 48 MP main wide, f / 1.7 aperture, PDAF, and laser autofocus, a 16 MP ultra-wide exclusive for videos and a 5 MP depth sensor. In the K51s we have a 32 MP main wide with f/ 1.8 aperture and PDAF, 5 MP ultra-wide, a 2 MP macro, and a 2 MP depth sensor. The contradictions here are interesting – the K51S set is more versatile because it has more cameras and its ultra-wide sensor can also shoot pictures, as Motorola’s can only to make videos. Still, the MediaTek chip does not know how to take advantage of what is offered which is why it brings worse photos than the competitor. On the Moto G8 Plus, the main sensor performs better and has more colorful and sharp images mainly during the day. At night it also takes advantage, as it offers Night Vision mode, which captures more images in the dark. 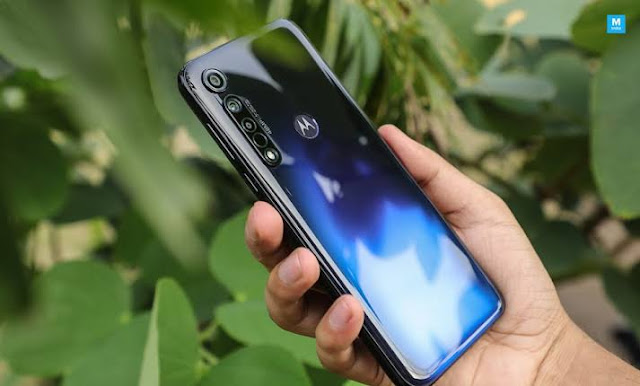 In the rest, the K51S has an advantage because it has no competition, although its ultra-wide also loses in textures compared to the main sensor, and it’s pretty much useless at night, but still, it is a sensor that exists. And the same goes for the macro lens, which despite having a fixed focus, brings this possibility. However, in what matters the Moto G8 Plus does better and takes the point. In the videos, the Moto G8 Plus has a clear advantage, since it is the only one that records in 4K even at just 30 fps. In addition, its ultra-wide, as I said, it allows you to record only videos, only horizontally even holding the device upright, being its action camera. It is aided by electronic stabilization and laser focus. The audio quality is good and the Microphone does not capture the wind noise as much. On the K51S the audio is also good, it doesn’t get muffled and the quality of its videos is even nice. Another point for the Moto G8 Plus. Outro ponto para o Moto G8 Plus. In selfies, the G8 Plus has a 25 MP sensor versus a 13 MP sensor on the K51S. Both shoot in Full HD, but Motorola’s still manages to make slow-motion videos at 120 fps and has the HDR. For photos, Motorola has more clarity and less washed colors and Portrait Mode is smoother. LG’s catches are good for this device’s category, but its Portrait Mode has many flaws. In night selfies it is even possible to say that the LG device does better, but still, this point is also the best sharpness and detail of the Moto G8 Plus. On slightly different levels, these two smartphones are together in this comparison for having a similar average price of R$ 1,350. However, in their respective launches, the G8 Plus arrived for R$ 1,900 much more expensive than the R$ 1,500 of the K51S. Still, as I said because they are about the same price and taking into account the system updates and the overall score of this benchmark, the Moto G8 Plus is certainly more cost-effective in this fight. The two should still have some price drops, especially until Black Friday, but probably the K51S will still have a higher price drop, as it is simpler and more recent. So here we have the last point for the Moto G8 Plus.

In one of the most discrepant leaderboards I’ve done here on TudoCelular it is clear which should be your choice – the Moto G8 Plus is certainly not a very recent smartphone and it should be replaced by a Moto G9 Plus very soon, but it benefits from the low price here because it was just released a long time ago. The K51S is still kind of a new release and ends up being much simpler than Motorola. Things get worse because it still comes with Android 9 Pie and had no update forecast was given and even the extra cameras with more possibilities did not help much here Not making it get points with them. There may even be better options in this price range, but if your question is between these two smartphones, the Motorola G8 Plus is the best buy.