The Samsung Galaxy Watch 3 will be revealedon August 5 at the Galaxy unpacked event alongside the Galaxy Note 20 lineup but in the meantime,in an exclusive leak, we have a detailed hands-on video of the Galaxy Watch 3 that pretty muchreveals everything. A huge shoutout to my source for these videos,I really do appreciate it a lot. That said there will be two versions of theGalaxy Watch 3, a 41mm and a 45mm variant and the one we have right now is the smallervariant. Just like the 2018 Galaxy Watch, the GalaxyWatch 3 appears more like a regular watch than a smartwatch. 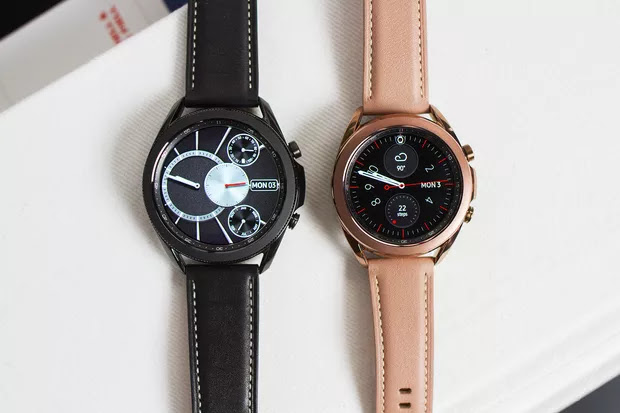 As you can see, the watch has a physical rotatingbezel, just like its predecessor, the Galaxy Watch. However, the bezel is thinner compared tothe original watch, Samsung has been able to cram in bigger screens in relatively smallercases. After looking at the Galaxy Watch Active 2,a lot of people thought Samsung has gotten rid of the physical rotating bezels for goodbut good to know that isn’t the case. Anyway, It also has two physical buttons onthe right side, similar to earlier Galaxy smartwatches, but there’s a change in theirshapes. Also, it confirms Samsung is skipping thewatch 2 branding in favor of the Watch 3. As for why Samsung did it, it’s possiblya marketing decision because of the Galaxy Watch Active 2. Since the Galaxy Watch 3 is a newer, better,and a more advanced watch, Samsung doesn’t want people to perceive it as an inferiorproduct to the Watch Active 2. 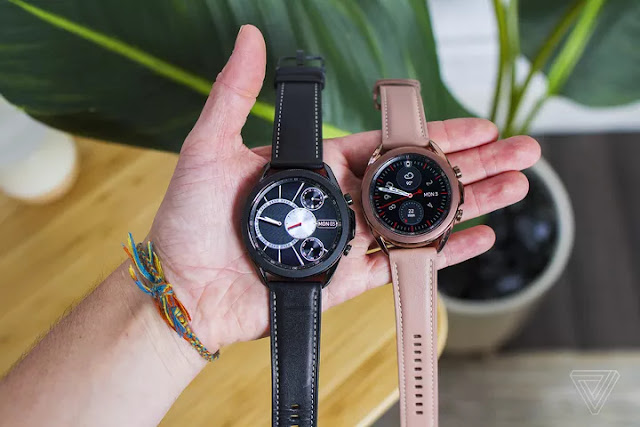 Hence they skipped the watch 2 moniker. Anyway, the screen size is 1.2″, the biggerone has a screen size of 1.4″. Both versions will be IP68 rated and willcome with 1GB RAM and 8GB onboard storage. The back of the smartwatch reveals its 41mmsize and confirms specs like 5ATM water resistance. This means that the watch is water resistantto up to 50 meters in depth for 10 minutes, The watch 3 also has Gorilla Glass DX protection,stainless steel frame, MIL-STD-810G certification, and built-in GPS. You can also see how it compares to the similar-sizedGalaxy Watch Active 2 and the bigger 45mm original Galaxy Watch. Other features include a blood pressure sensor,a heart-rate sensor, ECG measurement, Wi-Fi connectivity, and more. Samsung will let you customize the watch faceson the Watch 3 just like they do on all of their smartwatches. Samsung mobile’s CEO confirmed that they willlaunch as many as 5 devices at the unpacked event. Those are the Galaxy Watch 3, the Galaxy ZFold 2, the Galaxy Buds live, the Galaxy Tab S7 and S7+, and of course the main event,the Galaxy Note 20 and Note 20 Ultra. The event will be held virtually to practicesocial distancing norms amid the pandemic. Of course with that being said, please besure to subscribe to keep updated with all the latest tech news, and as always I’ll seeyou tomorrow…Peace out!