After retiring the Galaxy J series, Samsung is showing that it intends to flood the market with its Galaxy A series. After launching devices like the Galaxy A30, she also brought the Galaxy A30S and the new Galaxy A31 a mess of names – are you confused too? Don’t you know which is the youngest, which is the best, which one is better than the other? These two newer ones, the A30S and the A31 should be the ones that caught your attention the most. So, if you are thinking of buying one, follow us here in this comparison. 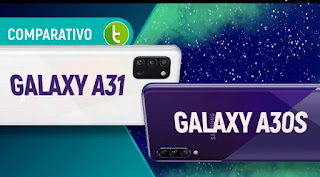 If we can say that the look hasn’t changed much, we can also say that it has at least been updated The two can be mistaken for a hundred models when they are facing but taking it from one to the other, the A31 is more like the Galaxy A51 and A71 than the A30S, giving a renewed air here. On the body, the A31 became more square and on the rear, the rectangular camera module is the novelty The A30S has fewer cameras and they are located in a more discreet vertical module although as tall as the other. The holographic visual effect follows a kind of checkerboard, a diamond pattern on the A30S for a slanted track on the newest, and both are very eye-catching in the most vivid colors. We have plastic all over the housing and there is no water protection, and both are Dual SIM with a dedicated slot for MicroSD, and with notch centered on both, but drop-shaped on the A30S and as a “U” shape for the A31. Both have biometrics on the screen and they work well, although they are not very fast. In size, the Galaxy A31 became taller, thicker, and heavier, as it has a bigger battery.

There were no significant changes or worsening, so we open this score with a draw. Modernization also arrived on the display, although it is AMOLED on both, it went from HD + on the A30S for Full HD + on the A31 and got higher, moving from 19.5:9 to 20:9. The screen-to-body ratio is identical between them. We saw thinner bezels on the sides and at the top with a thicker chin on both phones. With 6.4 “size, good brightness and strong colors are present in everyone here but the increase in definition certainly favors the A31, which does not have the same problem of sharpness of the A30S. The A30 was Full HD and the quality had dropped on the A30S – The A31, then, takes the point by bringing it back this good definition Don’t expect too much from the audio system of these smartphones. Since the Galaxy A30, our review has shown that this is one of the most overlooked points in that line by Samsung. The headphones have been the same for years, very simple, and with very basic quality. External audio has not evolved either – it is mono, and although high, it sacrifices much of the details of the audio with exaggerated treble – at least the P2 connection was kept in them. 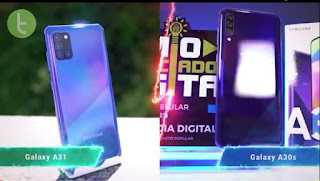 GALAXY A30S vs GALAXY A31: FEATURES

So, a tie in negligence is what we end up having here, unfortunately. For the system, the advantage comes in the A31, which is already out of the box with Android 10. Its rival, the Galaxy A30S, has also received an update to this latest version but it remains in the uncertainty of arriving with Android 11, something that is a fact, for the A31. So, both are in the One UI 2.0, interface that Samsung puts on Android and bring about the same features. One UI supports the dark theme and facial recognition for unlocking, although it is not very secure. There are many functions and features available for adjustments. In terms of connectivity, they are identical and feature two-band Wi-Fi, Bluetooth 5.0, FM radio and GPS without the presence of NFC – the loss is for digital TV that was only on the old device, the A30S. So here we have a tie together with a choice do you prefer a guaranteed new version of Android or digital TV? 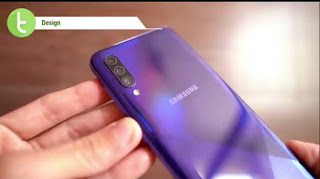 The hardware has an important change on the A31 Samsung did not bring one of its Exynos processors but a partnership with MediaTek – what happened to that? We have an Exynos 7904 with 4 GB of RAM in the A30S And an Helio P65 with the same 4 GB of RAM on the A31. In storage, both accept MicroSD and have 64 GB of total space on the A30S and generous 128 GB on the A31. When it comes to benchmark the Galaxy A31 comes out ahead, for having more a powerful processing in general, but in our opening tests we had a reversal for the A30S, so, the A31 did worse, much worse. If the A30S had already had bad numbers compared to the A30, the A31 managed to bring more slowness being 1 minute slower than the first generation. The probable cause here is a greater lack of optimization from Samsung over MediaTek even if with its own Exynos chipsets, it already struggled. In games, however, the most up-to-date GPU makes the A31 run games much better than its competitor which looks even better on a high definition screen. Even going worse in the opening test the Galaxy A31 takes in all other aspects, getting the point. The battery is a matter of evolution here, and the A31 has not become thicker without a reason. From the 4,000 mAh battery of the Galaxy A30S, we have increased to 5,000 in the A31, much better. And if the oldest rival was already on the list of best duration in its price range, the news is good for the newer one. The use time of just over 19 hours of the A30S jumped to almost 25 hours more than an entire day on the A31. Screen time has also improved by more than three hours, and that brings us a minimum of two days away from the outlet for both with more clearance for the A31. In recharging the two comes with a 15-Watt charger in the box and, although the A31 takes longer to recharge, it’s just a few more minutes for 1,000 mAh more battery, which is quite acceptable. Still, it’s more than two hours in the socket for both and no wireless charging. An expected point for the Galaxy A31.

The trend of the huge number of cameras came with everything in the middle and if three cameras were already something on the A30S, four cameras are even more impressive on the A31. So the Galaxy A30S has a 25 MP main wide and f / 1.7 PDAF aperture an 8 MP ultra-wide and 5 MP depth sensor. On the Galaxy A31, we have a 48 MP main wide with f / 2.0 aperture and PDAF too, an ultra-wide 8 MP, a macro of 5 MP (the novelty), and the depth sensor of 5 MP. The main camera lost in aperture but practically doubled in megapixels and we still had the addition of the macro sensor. This resulted in inferior photos, much more by the processor that didn’t know how to handle the sensors in the A31 as far as the cameras themselves. The Galaxy A30S struggles a bit with overly saturated colors thanks to Samsung’s artificial intelligence, but it does better than its competitor. There is no night mode in any of them but the A31 handles worse in low light. on the wide-angle, the A30S sensor doesn’t do very well at night but it still manages to produce photos with less noise than the newer phone. The A31 gains some credibility with the macro, which in better light situations makes cool shots. The depth sensor makes good cuts in both, and impressively, the point here is with the Galaxy A30S. It was not this time that Samsung brought 4K recording to the A30 line and we continue with Full HD at 30 fps on both. In the video recording, they do, however, they have decent quality enough for their category without any highlight and worse stabilization in upper lines as in the A51. Then, we have a tie for the videos captured with them both. At the front, the sensor went from 16 MP to 20 MP with a worsening of the opening same as the rear main sensor. This brings us to photos that are very similar in quality, depth of field, contrast, and colors. The cutout got a little worse on the A31 and in general none of them suffer from loss of sharpness indoors and at night they do not present so much noise. Our photos also end with another draw. 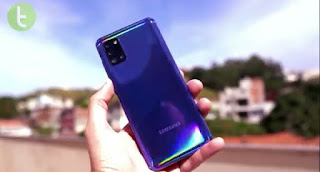 For our last point, the price point we need to breathe. The Galaxy A30S arrived at the beginning of last year for already salty R$ 1,900 and its successor, without digital TV, arrived a few months ago for R$ 2,300, more than 10% more. Currently, the value of both has already dropped but they continue with an average difference of R$ 400 in the best promotions.

GALAXY A30S vs GALAXY A31: CONCLUSION

The two are still expected to drop somewhat until the end of the year, although the A30S has increased with the dollar’s rise with this drop, the Galaxy A31 takes the point by going better in the cost-benefit. If in our comparison between the Galaxy A30 and the A30S we had a draw and few real changes, here we finally have differences. A much higher battery, more definition screen, and more fluidity in games are the highlights of the A31. But the A30S does not lose at all and still got the point of best rear camera brings Digital TV and stayed the same with videos, selfies, and construction. Currently, if you want a better device in general, the choice is the Galaxy A31. And if you can’t afford to spend that much and want Digital TV, the A30S is an interesting option. Did you like the A31? Do you think it is even superior to the A30S? We want to know in the comments below! Write down here! I’ll stick around, and see you next time.