Are you looking for a Samsung flagship but ended up getting sick from the Exynos chips after watching the Brazilian S20 getting obliterated by the international variant with Snapdragon? You will find two good options on the domestic market with Qualcomm hardware. The Galaxy S9 Plus, which is currently priced great, and the Galaxy S10 Lite, which has the most current Snapdragon, however, leaves some technologies aside. Which one is the best? This is what you will discover now with us. 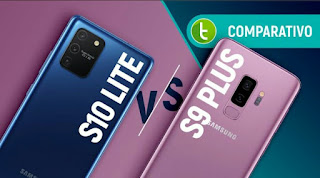 Despite being part of the S10 family, the Lite model should belong to the Galaxy A series, that’s because it doesn’t have the same premium finish as the most expensive Korean phones. The S9 Plus is made of metal and glass, while the other has a plastic back, which Samsung decided to call “glastic”. This makes the S10 Lite lighter, even though it is bigger. It has a flat-screen and will please anyone who hates curved screens like the S9 Plus. It may even have an interesting visual appeal, the curvature, but it is not practical and greatly increases the reflexes in the glass. The latest model has much less edges and adopts a camera hole in the upper center of the screen. At the rear, there’s a black giant block that houses the three cameras and the S10 Lite’s flash, while the S9 has a more discreet look and the traditional biometric reader just below the dual camera, in addition to the heart rate sensor that Samsung abandoned after a few years. You give up having water resistance, P2 input for headphones, double speaker, better Gorilla Glass protection and wireless charging on the S10 Lite, but instead takes a biometric reader on the screen. Are these extras, from a true flagship, relevant to you? We have to draw, the S10 Lite has a better design, but the S9 Plus has better construction and it is more complete. 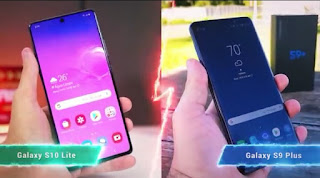 The S10 Lite does not have the same Dynamic AMOLED panel as other members of the S10 family. Samsung decided to bet on the good old Super AMOLED, but here being a more current generation, that receives the suffix Plus in the name. What does that mean? Different from the Super AMOLED screen of the S9 Plus we only have support for the HDR10 +. This makes the S10 Lite screen achieve greater brightness in HDR-compliant content either on YouTube or Netflix, and it also has better color reproduction. In return, you have a lower resolution than the S9 Plus, but you will only notice a difference if you look very closely.

In the sound part, we have mono sound in the S10 Lite and stereo in the S9 Plus. The latest model has unbalanced audio that focuses more on the treble and neglects the bass. The oldest is more balanced and has better overall reproduction, despite the maximum volume be a little inferior. The headset that comes with the S9 Plus has AKG quality and better sound reproduction than the most basic accessory of the S10 Lite. For music lovers no matter what phone they are using, there will always be a better sound quality in the old Korean flagship, not to mention that the S9 Plus has standard input for any headset. Everyone gets a point here – the S10 Lite has a better screen, while the S9 Plus has better sound.

The S10 Lite is currently with Samsung’s most current software, One UI 2.1. The S9 will also receive this version and everything indicates that it will be its last update. The old flagship of the brand arrived on the market with Android Oreo, received the Pie and version 10 of the little robot and now it must be abandoned by the Korean. The S10 Lite should still receive at least Android 11, and maybe even version 12, if Samsung gives the same treatment as others in the S line receive. In terms of features and functionality, there are no differences. Even the Edge Screen is available even though the S10 Lite has no curved display. Both have identical software, but as the S10 Lite will still receive Android updates it gets a point here in that respect. 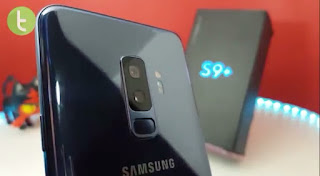 We get now to what matters, performance. On one side we have the Snapdragon 845 and on the other the latest Snapdragon 855. Is there a lot of difference from one generation to the next? It depends. In our standardized multi-task speed test, both performed similar, both in the opening time of applications and games as well as in RAM management. In benchmarks, we see a good difference between the two. If you are one of those who think that high numbers in synthetic tests are important, then you will prefer the latest model from Samsung. If games are what matters most to you, then you can choose either one. All the games we tested ran smoothly on both, this was expected due to the top of the line hardware from Qualcomm. And even though the Snapdragon 845 is already a little old, it is still capable of running any game or Android app without complaining. As both have similar performance, we set this category a draw. Because it is bigger, the S10 Lite houses 1,000 mAh more battery and this, coupled with a more current processor which consumes less energy, makes its autonomy much better than that of the S9 Plus. In our standardized test, we were almost ten hours apart. This means that if you unplug both of them when you wake up, the S9 Plus will be discharging early evening, while the S10 Lite will still have a lot of battery for the next day. And the best part is that the S10 Lite takes half an hour less to have your battery fully recharged thanks to the more powerful charger that comes with the device. We give the S10 Lite two points for having greater autonomy and even recharging faster.

Which one has a better camera? In short, the Galaxy S9 Plus is the better of the two, even though the S10 Lite bring a sensor with four times higher resolution. The quality is similar to several Chinese smartphones with a 48 MP camera. Your photos are far from bad, but if you want as much detail as possible, go to the oldest one. On the other hand, the advantage of the S10 Lite is for the wide-angle camera, which allows you to take more of the scenery or take a picture of a larger group, in addition to the macro lens, to shoot from 5 cm away. This wider lens is not the best, we’ve seen cheaper Samsung phones do a better job. There is a lot of lens distortion and the overall quality of the photos is poor. The macro is cool and can be useful. In the case of the S9 Plus, we have a telephoto lens to zoom with less loss of quality which may even make up for the lack of the macro camera. What do you prefer? Here the victory goes to the S9 Plus for the best camera in general. The front-racing camera of the S10 Lite also compresses four pixels in one, causing the resolution to drop from 32 MP for the same 8 MP of the S9 Plus. You can configure it to exploit the full capacity of the sensor, but ultimately, it doesn’t make that much difference. The two take good selfies with good color balance and enough skin detail to make some people resort to using filters. Portrait Mode also works well for both, and overall, the experience with selfies turns out to be similar. And we have one more tie here. And which one is better for videos? Both record up to 4K at 60 FPS, the quality is great for both, regarding image or audio capture. The advantage of the S10 Lite is that it allows you to shoot with the wide-angle lens, which can be useful. There is efficient stabilization in both, but the S9 Plus has a more agile focus. It also struggles less to record in darker places. The front-facing camera also captures better videos on the older model, either in detail or balance between colors and brightness. For having a better camcorder we give the S9 Plus a point. 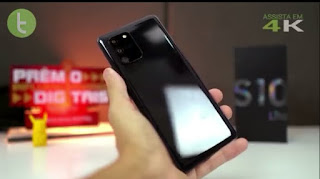 The S10 lite is approx arrived in $ 590and S9 plus arrived in $530  .The S9 Plus is currently cheaper with a difference of almost $ 60. The price of the S10 Lite will still drop, as it is a newer product, but if you’re looking for the cheaper of the two then it’s the old flagship you should choose. Not to mention that, due to the fact that its price has already halved in the two years since its launch, its devaluation will be less in the coming months. And the last point of our comparison goes to the S9 Plus.

Yeah, guys, we had a tie between Samsung’s two smartphones. And now, which one to buy? The two deliver a similar experience, what changes is that the S10 Lite has a bigger screen with stronger brightness, Its battery lasts much longer and recharges faster. It has a more current design with fewer bezels and will still receive Android updates. The S9 Plus is cheaper, has better sound quality, captures better photos and videos, and has a superior finish with some extra technologies. It currently makes sense to save money and go on the S9 Plus if its average battery isn’t a problem for you. Remembering that he should no longer receive new versions of Android, but either of the two that you choose will be a good phone with Qualcomm’s Snapdragon platform. And of course, we help you find the best deals, just click on the links that are there in the description. Take the opportunity to comment below if you think the old S9 Plus still gives a “broth” or it’s already reached the limit of life. I will wrap up here, a big hug, and see you next time.