LG K40s vs NOKIA 2.3: which BASIC cell phone rules as the BEST VALUE FOR MONEY? |

Nokia returned to Brazil this year and the first launch of the brand in the national market was the 2.3, a very basic phone that came with a starting price of  $55. Is it a fair amount to pay for it or are there other better options? We decided to compare the 2.3 with the K40s, which is currently the most cost-effective basic device. Can Nokia beat LG in this comparison? Let’s check it out! 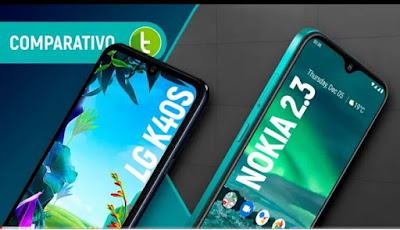 When it comes to basic cell phones, you already expect a plastic product without much quality but Nokia has always stood out for offering robust products made with premium materials and that hasn’t changed with the 2.3 and it delivers superior build quality to the Korean rival. Both are almost the same size, thickness, and weight. There is a drop-shaped notch on both, however, Nokia has slightly thinner edges, which allows for a better screen-to-body-ratio with a bigger display. The K40s has a biometric reader on the back and works well when reading your fingerprint. Nokia has only facial biometrics and is still one of the slowest ones we have ever seen. If you are looking for the most complete in terms of technologies, then any will do it. Neither has a USB-C or Wi-Fi 5 GHz input, even the gyroscope is missing from both. We will set a draw at the beginning since neither stands out. 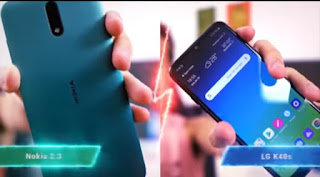 we have a bigger screen on Nokia with the same IPS LCD technology and resolution from LG’s rival, which is better? The 2.3 has stronger brightness and high contrast, which makes black less grayish than on the K40S, but on the other hand, LG’s have better color calibration. You can even try to correct it in the system settings by increasing the white temperature to make it less bluish, anyway, if you care about seeing images like them really should be on the phone screen, will prefer the K40S. On the sound side don’t expect stereo speakers, there is only one on the bottom of each device. Nokia has a slightly higher volume, not only in the highs, as is common in cheap cell phones, but he outperforms the K40S in bass and mids too. Each cell phone comes with a basic headset – if you enjoy listening to music, it’s better to invest in decent phone. The 2.3 is a little better in that respect – it has less distortion when the volume is at maximum. We will give one point each per screen and an extra point to Nokia for the best sound. 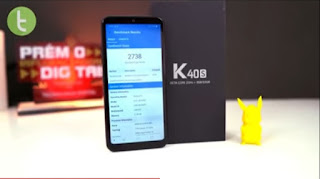 On the one hand, we have Nokia’s cleaner Android, which was recently updated to version 10 here , already LG prefers a more modified system and always takes time to release updates for your devices. Do you worry about Android updates? Then pick Nokia’s device. LG, on the other hand, has some cool features like eco-playback, which helps save battery when listening to music on YouTube, or LinkShot, which saves the addresses of the sites you take a screenshot of. However, the best of all is that even with a very modified software, LG does not disappoint in fluidity – and with that, we give each one point. Nokia and LG adopted MediaTek hardware in their basic devices, but not the same chipset. The 2.3 comes with the simpler Helio A22, while the K40S brings the P22, which is a little bit superior. LG was also generous in RAM and put 1 GB more on its device. Does it all make a difference?

In our speed test, the K40S was three times faster than the 2.3, While Nokia was there struggling to open applications and games for the first time, LG had already finished the test a long time ago. We don’t know if it’s all Helio A22’s fault, but Nokia suffers even to return to the home screen and reloads the icons all the time. In benchmarks, the difference is not that big and we have a score of only 13% higher on the AnTuTu on the K40S – in games, we also have worst results for Nokia. It showed more constant lag, especially on heavier titles.

LG’s phone is not a great gaming device, but it can run even heavier titles as long as you set lower graphics configuration. And the K40S scores for overall performance. Nokia included 500 mAh more battery power in the 2.3, and that helped its basic device to overcome the Korean rival in autonomy. The K40S can even perform all day, but if it gets heavy with lots of videos and games will end up running out of cell phone before going to sleep. If you are addicted and don’t let go of your phone for a minute you will prefer the Nokia. But before we decide the win, the 2.3, we have to take into account that the K40S reloads much faster It’s a difference of one and a half hours less plugged in, so having to do a second charge at the end of the day with LG it’s not that bad. Each takes a point, Nokia has better autonomy and LG recharges faster. 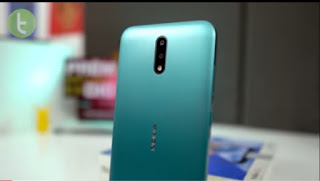 Nokia 2.3 and K40S offer the dual rear camera. While the Korean model betting on a wide-angle lens, your rival adopts a depth sensor to help with portrait mode Nokia has always stood out for investing a lot in cameras, and the 2.3 can record good photos outdoors, with good sharpness, balanced colors, and dynamic range to measure. The K40S also does well with its main camera, and still has the advantage of the wider lens that gets the job done when you can’t fit everything with the main one. None can take good photos at night, however, LG has less dark photos and if you try to use Nokia’s flash, you’ll end up with burst photos. The K40S has a slightly better photo set and takes one more point. Do you prefer selfies? So the choice gets a little more complicated. In well-lit places, the Nokia 2.3 ends up taking pictures with more details better sharpness and well-matched colors. Whether in the sun or the shade, it easily beats any entry phone we’ve tested in the past year. The problem is only at night. Selfies lose focus, there’s a lot of noise and if you’re going to use the screen flash you’ll have pictures with burst light This is exactly where the K40S stands out – if you take more selfies in the club, will prefer the LG phone. With that, they tie for the front camera. Both record videos in Full HD, the K40S captures more details, shakes less and has a more agile focus, especially at night. Capturing audio on LG’s cell phone is reasonable, but it’s much better than Nokia’s muffled sound. If you are looking for a cell phone to shoot at night then neither is for you. And we ended the camera with another point for the K40S.

Nokia is more current, and still has its full launch price, leaving more expensive than the K40S which can be found for around $45, and sometimes even less than that in promotions. Because it is better and has a fairer price, the Korean cell phone ends up delivering superior cost-benefit and the last point of the comparison goes to the K40S. Well, it looks like Nokia has failed to dethrone LG as being the queen of cost-benefit among the basic devices. The K40S remains the best purchase among national models for those looking for a good phone paying as little as possible. It delivers a good screen, is much faster, its battery lasts well and takes less to recharge. It has a more complete camera and still good with cool features. If Nokia didn’t perform as badly and cost the same as LG it would be an interesting alternative. Who knows, the next Nokia launch around here will be no less disappointing? Or until we see the price of the Nokia 2.3 drop to a value more suited to what it offers.