Cell phones under $90 are currently in high demand. Nobody is being able to spend too much and you certainly prefer to save without giving up some features of the cell phone you are going to choose. Two devices catch your eye – Motorola launches a new member of the Power line famous for its long-lasting battery, while the Galaxy A30S looks balanced and has already dropped a bit on the price. Do you have this doubt? Are you curious? Then follow this comparison here at . 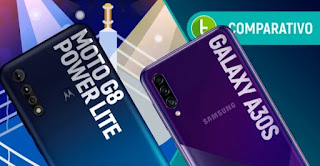 In the body, we have the expected plastic, both in the rear and the frame. The two invest in visual effects to make the device more beautiful. While the G8 Power Lite is matte and has a two-color gradient the A30S is brilliant and a diamond pattern in the same color appears in the light. From the front, they are very similar, with the same drop notch in the upper central part but the A30S has thinner edges around the display. In size, the G8 Power Lite is bigger in everything, especially in height besides being 30 grams heavier, having a bigger battery. It also provides splash protection while the A30S has nothing against water or dust. These two devices are dual-SIM, but only the A30S has a slot for each chip and one more for Micro SD, the G8 Power Lite being hybrid. In biometrics the A30 evolved in the A30S by bringing biometrics from the rear to the screen, it just isn’t very fast. 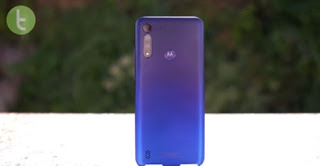 The Moto G8 Power Lite still has the rear sensor and although it looks bad, it is more effective than the one below the screen. And finally, the set is completed with the physical connection, which in the A30S is an expected USB-C the Motorola is a Micro USB, already very old. so the point of construction and visual is with the Galaxy A30S. Here we have two steps back – both the Moto G8 Power and the A30 have a Full HD+ screen and in these two cell phones of the comparison, we moved to HD+. The reason is battery saving, as there are two large 6.5 and 6.4 “displays for Motorola and for Samsung respectively. In technology, we have an IPS on the G8 Power Lite and a Super AMOLED on the A30S giving an advantage of better colors for Samsung. In brightness, both are good and can be used outdoors without problems. The G8 Power Lite is longer, it has that aspect of 20:9 against a 19.5:9 aspect of the A30S.

The latter, however, has a better screen to body ratio because, as I said, it has smaller bezels. We have no glass protection on any of them. This point then stays with the Galaxy A30S for having done more on the screen. In this regard, Motorola regains some advantage, because although the G8 Power Lite is not stereo as his big brother has a sound that even at most does not distort as much and ends up having more general balance keeping the volume high. The A30S is also mono and the audio distorts a lot at higher volumes. In the phones, we have in this Samsung the same found on the entire Galaxy A series, which is also the same found on the M lineup. They are simple and of only reasonable quality. Motorola’s are also the same as the G series but they are more comfortable and of slightly higher quality. 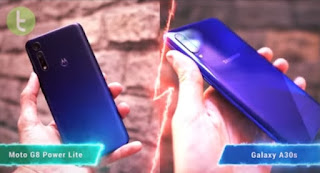 So the sound is the Moto G8 Power Lite. Two fresh Android 9 Pie, just not, out of the box. The difference is that the Galaxy A30S already has the update for Android 10 available and the Moto G8 Power Lite, which is much newer, has no prediction. Since they are simpler, we cannot predict if they will have an update beyond 10 but the A30S is much more likely to do so. Android 10 arrived on the A30S with the South Korean One UI 2 interface, with themes, dark mode, and better usability for one-handed use on larger screens. It is an interface with many features. The G8 Power Lite has a much simpler interface, with fewer resources and easier handling not even the highlight of the Moto App, which is used in all other Motorola devices it appears here for a long time, and only the camera and flashlight gestures are present. In connections, the G8 Power Lite also takes the worst, because it brings outdated Bluetooth and Wi-Fi versions compared to the A30S, which is dual-band and has newer Bluetooth. Neither of them brings NFC, and digital TV only on the A30S, but the two bring FM radio, so we have another point here for the Samsung Galaxy A30S.

In performance, they are simpler devices, close to an entry-level device. That said, we have MediaTek’s Helio P35 chipset with 4 GB of RAM on the Moto G8 Power Lite and an Exynos 7904 with the same RAM in the A30S. The storage is 64 GB for both. In the benchmarks, we already have an idea of ​​the overall result, with the A30S performing almost 10% more than numbers – already in the standardized tests for openings, the A30S follows almost the same pattern, being 12% faster than Motorola’s rival. For games, the two even run simpler titles, but the more demanding ones, like PUBG there will be differences On the A30S you can even run a game like this with minimal graphics but on the G8 Power Lite you’re going to have a lot of lag, so the performance point is the A30S. And it’s on the battery that the Moto G8 Power Lite shows what it came for, both by its name and by its capacity 5,000 mAh against the A30S’ 4,000 mAh. There are two batteries of considerable size and the numbers are also good. The little over 19 hours obtained by the Samsung cell phone in our tests have been overcome for the approximate 22 hours achieved by the G8 Power Lite. It was two more hours of the screen also for Motorola, justifying its larger size. 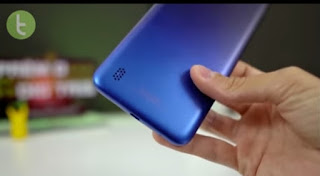 When recharging, the G8 of this test loses strength when bringing a 10-Watt charger in the box against a 15-watt on the A30S. So, the big guy spends almost three hours in the socket, while Samsung’s phone takes a few minutes plus two hours to reach 100%. Three hours is a hard time, so it makes them even here. Even though the two manufacturers were simple, they did not fail to put a triple set on each of those smartphones. You may think they are the same, but one of the cameras is still expected. On the Moto G8 Power Lite, we have a 16 MP main wide and f / 2.0 aperture with PDAF a 2 MP macro and a 2 MP depth sensor. In the Galaxy A30S the main wide is 25 MP with f / 1.7 aperture and the PDAF also, an ultra-wide 8 MP and a 5 MP depth sensor. It is a fact that many smartphones are coming with a macro camera but generally, they do not take the place of the wide-angle as we see here in the G8 Power Lite. If it’s a more useful camera, it’s up to you. And again the results are pending for the South Korean A30S. The colors will be a little more balanced on the Motorola cell phone, but in the rest, it will have images worse with a camera that can be compared to that of an entry-level device. Photos lack information that, although good, does not have many details a dark mode is lacking in low light situations and we have difficulty having good shots.

The macro is nice for some more creative images but you will need to find the right amount of light to achieve something. Portrait mode makes better cutouts even than the G8 Play. The A30S was not a great evolution compared to the A30, but it can make optimal captures. You better turn off the artificial intelligence of the cell phone, but even at night you end up having results interesting, unless you use the wide-angle, which does better with more light involved. The portrait mode cutout is decent, so this point is for the Galaxy A30S. Without any stabilization and recording in Full HD, these two smartphones bring decent quality for videos. The focus has good speed on both but the G8 Power Lite ends up sinning to bring more shakes and capture only mono audio, against the stereo one of the A30S. Yes, another point for the A30S. For the front camera, we found an 8 MP sensor on the G8 Power Lite and a 16 MP sensor on the A30S, both with f / 2.0 aperture. And the result is similar to that we have in the main cameras, with the advantage for Samsung. Your camera takes good pictures and takes quality selfies even in the darkest places. Motorola is decent in good light situations, but when we don’t have that scenario, the sharpness Ends up being affected. Portrait mode fails most with selfies and can sometimes even blur a part of your face. Both record in Full HD. Selfies take one more point for the Galaxy A30S. It has been a while since we have had good prices or less close to fair prices in the mobile market. This makes the arrival price of these two devices very salty, with R$ 1,400 for Moto G8 Power Lite and  $ 90 for Galaxy A30S. However, because it was launched sometime before Motorola’s, the Samsung device has already had a more expressive Drop in price, although it is not as cheap as its rival, it is already 15% lower than when it arrived and can be found for around $ 80. The G8 Power Lite is a recent launch and, for now, it has had sporadic casualties of 10% with normal more expensive than that – it should drop a little more in the coming months and when it gets below  $90 it may be a better deal. The average price difference leaves the Galaxy A30S with that last and final point. As a result, we have a very bad start for the Moto G8 Power Lite. It is even possible to question its existence in this price range, with system and connections somewhat Outdated for 2020. If it cost less than $48, it could at least compete with more balanced devices.

The Galaxy A30S is costing enough to be an interesting cost-benefit even with other rivals closest to it. When we compare it to this Motorola, it’s easy to score more If your budget cannot exceed $ 90, the A30S is an interesting choice, but even if you can only have a simpler device, the LG K50S ends up being a better choice because it is already well below $ 60 – it is difficult to recommend the Moto G8 Power Lite to anyone at this current price and it’s even difficult to recommend when it’s cheaper. If you want a Motorola, the Moto G8 Play or Moto G8 Power will be the most sensible choice. This time I think it will be difficult for you to disagree with our score, but we still want to know what you think down here in the comments. And if you want to check out their price range today, on the day you are seeing this comparison go to our pricing tool – we left the links below in the description. I’ll stick around, and see you next time.