The Edge+ marked Motorola’s return to the flagship segment after years without novelties in this category. The problem lies in the hefty price of $48 and as you saw in our full review, it is difficult to justify such a value. Now we have in hand the most basic version of the Edge, which brings the same design, but simpler hardware. Does this device deliver better value for money? Let’s check it out! Its design is identical to the Plus variant, with a cascading screen that eliminates the lateral edges. The hole for the camera is located in the same position as the other model. Looking from the front it is difficult to know which version of the Edge you are holding, but it is in the rear that we see small differences. The cheapest model has a design closer to the Moto G8 and One line. The aluminum frame has the same build quality as the Edge +. This is thinner and lighter, which can be justified by the smaller battery. 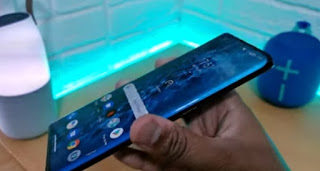 The plastic back also helps to save a few grams of weight but it favors the accumulation of fingerprints. Asking more than  $30 on a cell phone with a plastic back may seem absurd, but Motorola is not the only one that does this. What differentiates the model from other premium intermediaries is having support for 5G networks. In the tests we carried out at the headquarters of the operator Claro we managed to reach more than 1 Gbps in a space that simulated the ideal conditions of the network – of course, in practice, this will not always be the case and on average we will have something around 200 Mbps. And sometimes, even dropping below half that. Is it too early to worry about a 5G phone? Well, it might not be worth paying dearly to have almost the same speed as 4G on some telcos. What matters to most consumers is that Motorola Edge has NFC, headphone jack and the on-screen biometric reader that works well. Water resistance is lacking, as Motorola continues to insist only Splash resistance. The 90 Hz OLED screen appears to be the same as the more expensive model. This is the first mid-range-premium to arrive in Brazil with this rate. Its screen has lower brightness and does not support HDR 10+ as we have in Edge+. This limits the use of HDR movies and series on Netflix and Amazon Prime Video, for example. The minimum brightness is very low to the point of not causing discomfort in the dark. Color reproduction tends towards vibrant and very saturated tones. 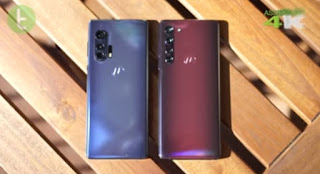 There are three calibration profiles, but in all of them, the white is always slightly bluish. As is common with Motorola cell phones, the call speaker serves as a secondary channel for stereo effect. It is not as powerful as the sound output at the bottom of the device and struggles more in the treble, generating unbalanced audio. The sound power is lower than the Edge+ and delivers muffled sound, but without distortions at most. The phone that comes with it is even comfortable. Sound distorts slightly when the volume is low however, less when it is at its maximum. For the price, a better accessory could come in the box. The Motorola Edge comes equipped with the Snapdragon 765G platform, being one of the best for the intermediate segment – but there was a bit of gas here. Our speed test had better results than the Moto G8 models and some of the One series, but falls below rivals in the same price range. The difference is big for Edge+, but let’s face it it costs a lot more. In AnTuTu we got an average of 300 thousand points. It’s an interesting number for an intermediary but it might not make anyone excited about the price Motorola charges for it. We tested several games on the Edge and saw no fluidity problem at all. In Call of Duty, we run at maximum quality with a good FPS rate. However, not all games will run smoothly. 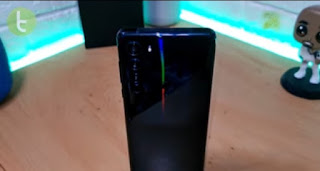 Its battery is smaller and, consequently, yields less than the Edge+. In moderate use, it will have a charge for the whole day needing to recharge it only when going to sleep but we’ve seen many 4,500 mAh phones yield more than a day. Another disappointment is the recharge time – Motorola should have retired the charger by now 18-Watt Turbo Power on the most expensive models. It takes more than 2hr30min to fully recharge the Edge, it’s okay that a charge of just 30 minutes recovers 40% of the battery, but it’s common to see intermediaries taking just over an hour to have the battery fully recharged. It comes out of the box with Android 10 and the same clean interface from Motorola. As much as I wasn’t excited about speed, we didn’t notice any problems with slowness in day-to-day use. The biggest loading delay happens more in games. Just like other recent launches of the brand, there is Moto Actions and the possibility to customize colors and icons of the interface – nothing advanced like the Galaxy line, but it is better than staying going through the developer options and having it all organized in a single application. There are three cameras at the rear and a 3D ToF sensor – the main one has a 64 MP Samsung sensor that we’ve seen in some intermediaries. The quality of the photos is decent, with vibrant colors and efficient HDR. By default, you will have 16 MP photos but you can switch to the maximum resolution you’ll fill up your phone’s memory a lot faster and often even have worse photos with less clarity and more loud noises, it’s not even worth it.

The ultra-wide loses a bit of sharpness and tends towards warmer colors. It does not suffer as much from lens distortion and, in general, delivers photos with similar quality that of the main camera. The good thing about having autofocus on this camera is that you can use it to shoot macros. The quality is decent, just a little bit of sharpness. The third camera is a telephoto type with a 2x optical zoom. It has a resolution of 8 MP but saves the images at 16 MP using interpolation, which is strange because compromises quality. You can get around this using manual mode. The Edge’s camera doesn’t disappoint so much at night there is noise and sharpness drop, but you can use night mode to minimize such problems. Night Vision is only available with the main camera and does not do miracles when saving photos that came out dark. The front camera also has a Samsung sensor and can record good selfies and colors without exaggeration in open, well-lit places. The HDR doesn’t always activate when it’s needed and you can end up with backgrounds completely bursted in your photos. The Edge is capable of recording 4K video at 30 fps and Full HD at 60 FPS with the main but the other cameras are limited only to Full HD at 30 fps. The quality is only average and the colors are cooler than we have in the photos. The audio capture is stereo and has good quality, however, the autofocus could be a little more agile. The Motorola Edge is an intermediary priced at Flagship. It arrived for R$ 5,500 and all because of the 5G – is it worth it? We don’t think so. It is inferior to practically all the most accessible tops of other brands. If we take into account the current values ​​it is possible to buy the Galaxy S20 Plus with the same battery life, superior performance, and better cameras. The iPhone 11 Pro comes out a little more expensive, but delivers performance far above and also Has way better performance in cameras. Want an alternative among imported ones? The Mi 10 costs less and is superior in everything. 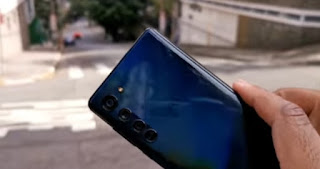 The Motorola Edge+ proved to be a bad choice for those looking for a top of the line and the Edge too follows the same path – it is very expensive for what it offers. Okay, your price will plummet in the coming months, but so will its rivals. It has good multi-tasking performance, the battery is just average and the cameras don’t go much further than the Moto G8 line delivers. It might be better to save your money when going from Samsung or Xiaomi. Does it matter to have 5G? In our tests, we saw no reason to rush into technology. In many cases, the 5G DSS turns out to be slower than the 4G. Leave to migrate in the future and invest in a cell phone with an LTE connection that will do a better deal.