MOTOROLA ONE FUSION PLUS DETAILED REVIEW||SPECS AND PRICE

MOTOROLA ONE  FUSION PLUS :

One Hyper was Motorola’s first pop-up camera smartphone And it hit the market at the end of 2019 – now we have the One Fusion Plus, which despite not being officially a successor, arrives to take the place of the former mid-tier device and makes it debuts at the same price as before. Does the new phone deliver better value for money or did Motorola still left something to be desired in this segment? Let’s check it out! The One Fusion Plus sets aside Hyper’s distinctive design and adopts the standard camera format found in other Motorola models, The inverted exclamation one, like we have on the Moto G line. The differential is for the white option of the device, which has the same color front, while the blue one we tested brings a black frame, as is common in the vast majority Of the smartphones. 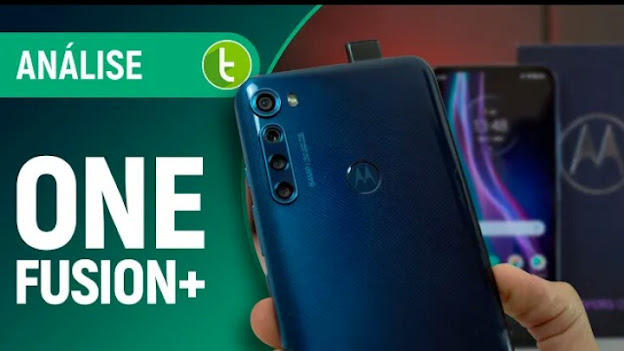 MOTOROLA ONE  FUSION PLUS :SPECS

For a premium mid-range, we expected more from its construction. It has a single piece of plastic that covers the rear and sides. The biometric reader follows the traditional pattern, located on the Motorola logo while in this price range it was expected to see the digital sensor integrated into the screen. At least, it responds well and does not take long to unlock the device. The Fusion is slightly larger than Hyper, even though both have the same screen size. It makes no sense to increase the width of the edges in exchange for nothing – especially when we are talking about a cell phone that uses a pop-up camera to deliver less bezels or circumvent cutouts or holes in the screen. Whenever the front camera is activated, it is possible to hear the noise of the mechanism in action. It takes a second to have the camera ready to use and it has an anti-fall system that retracts when detecting that the cell phone fell from your hand. There is a button dedicated to Google Assistant, which is located on the right side above the volume control key – it serves only as a shortcut to launch the wizard virtual, since it is not possible to change its function. And if you’re looking for a cell phone with NFC, then it’s best to forget about Fusion Plus. The 6.5 “inch screen has Full HD+ resolution and an IPS LCD panel. Motorola calls its uncut screen TotalVision and claims the panel is optimized for YouTube to get the most out of HDR and 360º videos, in addition to reducing load times. The HDR10 is also compatible with Netflix. If you were disappointed not to see an OLED screen on the One Fusion Plus, imagine it when you discover that the panel used delivers lower brightness than some members of the Moto G series. Using it outside home won’t be a problem, but for the price, Motorola asks for it Sure it could have done more to the screen. 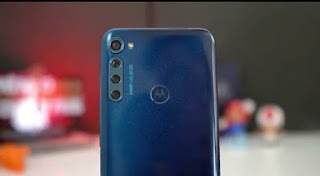 MOTOROLA ONE  FUSION PLUS :REVIEW

At least the black level, contrast, and viewing angle are good. Another point that didn’t make sense is the audio – if we have models like the Moto G8 Power and G8 Plus with stereo sound, because the more expensive ones bring mono sound? The good news is that the Fusion speaker is quality and can reproduce bass, medium and balanced treble – it could only be a little higher. Motorola finally abandoned the Snapdragon 600 series chips and now we have the 730 which is found in many premium intermediaries. He has already shown good results on models from other brands but we were disappointed with Fusion Plus. In our multi-tasking speed test, it was slower than the Moto G8 Plus which brings inferior hardware, and was tied with the One Hyper. There is an optimized performance mode that does almost nothing. And if you find more important benchmark scores then know that there is an average difference 20% between Snapdragon 675 and 730 in AnTuTu. The Fusion Plus is a good phone to play on – all the titles we tested ran without gagging I mean, almost all of them. The only exception was Asphalt 9, but apparently, it’s a problem with the game itself and not the cell phone. PUBG ran smoothly in high HD quality. It is possible to block calls and messages while playing but no resolution setting or FPS. Perhaps what will attract many is the generous 5,000 mAh battery, which yields well. In our standardized test, we had more than twenty-four hours of autonomy in moderate use. Motorola promises an average duration of two days and it really is easy to achieve this with Fusion Plus. What could be better is the charger. It’s the same 18-Watt TurboPower ever. It takes almost two and a half hours to make Fusion Plus go from 0 to 100%. With a quick charge of 15 minutes, you don’t even recover 20% of the battery.

It comes out of the box with Android 10 and the same clean Motorola interface that we are used to. You can find some settings in the Moto app in addition to the traditional gestures present in other branded cell phones, there is My UX, with some customization options for Android 10 that come hidden in the developer menu. You can change the size and format of the icons on the home screen, change the system font and choose an accent color for Android shortcuts on the notifications screen. There’s nothing unique or revolutionary, but it’s interesting to see Motorola bring this together in one place and make usability more user friendly. The Fusion Plus brings the same 64 MP ultra-wide 8 MP camera as One Hyper but now it is complemented with a dedicated one for macro and another one for blurring the scenery. As you would expect, the main camera compresses four pixels into one by default. You can choose the high-resolution mode to exploit the maximum of the sensor it sharpens and reduces noise, especially at night, but ends up disabling HDR. Photo quality is similar to One Hyper – you can record good photos in color close to reality and contrast without exaggeration. The curious part is that the ultra-wide upscales to 16 MP, which sacrifices the sharpness of the photos and makes the final quality just average. Colors also change and tend to cooler tones. The macro has enough resolution to record good photos, but its focal length it could be a little closer since even with the autofocus it’s not possible to get that close how much we have, for example, on some Xiaomi models. The blur one works very well with the main one in 16 MP mode the contrast is not affected and the intensity of the effect is good, with few flaws. At night we have the same quality of intermediate cell phones in the range of R$ 2,000 the difference of Fusion Plus is in its efficient Night Mode, which really makes the photos clearer without compromising quality with excess noise. 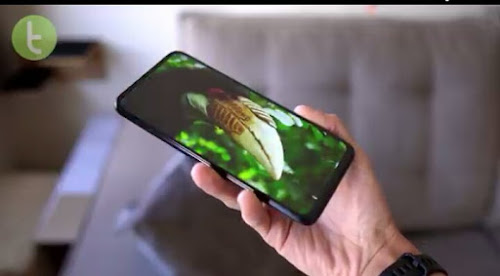 The ultra-wide, which is no longer very good during the day, gets even worse in low light scenarios. The pop-up camera features a 16 MP sensor that also compresses four pixels into one. By default, you will have photos of only 4 MP, which compromises quality and results in selfies lower than competitors. You can switch to 16 MP mode if desired. The background blur has more flaws, but it has a good effect. The HDR is more limited and it will be normal to see photos with burst backlight. The fusion plus records in 4K at 30 FPS. The quality of the footage is decent, has good stabilization and agile focus. It is possible to shoot in Full HD at 60 fps, however, the focus slows down. The other cameras record only at 30 fps at this resolution. Audio capture is stereo, however, there is no efficient noise cancellation and the noise of the wind can ruin your footage. The Fusion Plus is practically a One Hyper with two extra cameras and longer battery life. The photographic quality is similar between the two and if you don’t want a macro camera it might be better to save money and buy the older model that is cheaper. It’s okay that his battery yields less but it takes half the time to recharge. What alternatives do we have from the competition? From Samsung, you find the Galaxy A71 in the same price range. It is faster and has better cameras, however, the battery lasts less. From Xiaomi, there is the Redmi Note 9 Pro, which offers better performance and battery but the cameras are no better than the Fusion Plus, except for the macro.

Fusion Plus arrived for  $ 150. it is a cell phone made of plastic, without advanced technologies and that delivers the performance of simpler intermediaries for the small amount of RAM. Its multimedia set and its battery are good, but that is not enough to justify the launch price. Although not a direct successor to One Hyper it’s kind of a 2019 release update and it doesn’t bring much news. What would be a fair price for One Fusion Plus?