If you’re a fan of big cell phones, then you’ve come to the right video. Here we have a comparison between the Galaxy S20 Ultra and the Note 10 Plus, the two biggest flagships already launched by Samsung. One has the S-Pen differential, and the other, a powerful camera with zoom up to 100x. Which one is the best? That’s what we will help you discover. If you are seeing this comparison, it is probably because “size is a document” for you. 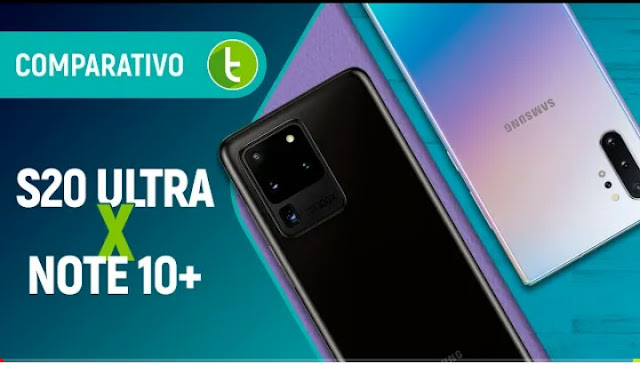 GALAXY NOTE 10 PLUS VS S20 ULTRA:DESIGN

If you like big things then you’ll like the S20 Ultra because it’s the larger of the two, and of course, it ends up being heavier. Both have the same finish and build quality, as well as IP68 certification for water resistance, plus wireless and reverse charging. There is biometrics on the screen with similar functionality on both and no input for P2 headphones. The Note 10 Plus has a more rectangular design, while the S20 Ultra has more rounded corners and bother less in your pocket. They both have a centralized hole for the central camera, but it’s a little smaller on Ultra, not to mention that Samsung took it easy on the curve of the edges this time. The Note’s rear has a more discreet design with vertically aligned cameras in the upper left corner It draws attention to its silver color option, with an iridescent effect. The Ultra does not please everyone with its more exotic design with a giant block for rear cameras, having arrived in Brazil only in black tone. Here we set a draw since each one has its differentials.

GALAXY NOTE 10 PLUS VS S20 ULTRA:SCREEN

GALAXY NOTE 10 PLUS VS S20 ULTRA:AUDIO

The Note 10 Plus is a more exotic phone when we look at its speakers. Unlike the Ultra, which has only two sound outputs, Samsung’s older model has three there is a small hole in the top responsible for the bass, and that’s exactly what we miss on the S20 Ultra. It focuses more on the treble and has a slightly higher volume. the earphones that accompanies both are the same with the AKG with sound reproduction and similar power. If you’re looking for the best to listen to music, then you can choose any of them. We give a point to the best screen of the S20 Ultra and a point each in the sound part. 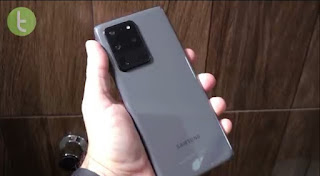 GALAXY NOTE 10 PLUS VS S20 ULTRA:FEATURES

Both are running Android 10 and the latest version of One UI, so you’l have the same features in both. In terms of fluidity, there isn’t much difference – Samsung’s Android still chokes even on very expensive devices. The advantage is for animations at 120 fps on Ultra. He doesn’t get to hold that fluidity all the time, but you will have the impression that it is faster. The biggest difference here is for the S-Pen – the Samsung stylus can even be useless to you, but it makes it easy to edit images, take notes, or even graphics and drawings. Did you need to sign a digital document? It will be there for you, but what can be most useful for some is to use it as a remote control For the camera, making it much easier to take a group selfie. If you want the most complete of features, go to Note 10 Plus.

GALAXY NOTE 10 PLUS VS S20 ULTRA:PERFOMANCE

Both come equipped with Samsung hardware, at least in Brazil. In the Note, we have the Exynos 9825 and in the S20 Ultra the Exynos 990. If you expect a considerable leap in performance, forget it. In our multi-tasking speed test, they practically tied. Which shows that there is no point in having a stronger processor if the memory management that was given to the One UI does’nt help. In benchmarks we have a more expressive gain between generations, reaching a 40% difference in the results of AnTuTu. But what about games? Does having a 120 Hz screen really deliver a superior experience? We tested several popular titles and most are no more than 60 fps on the S20 Ultra. At the end of the day, you will have almost the same performance as Note 10 Plus. That can change over time when more games support Samsung’s recent launch, but for now, the 120 Hz serves more to present a superior fluidity with animations more agile. Both have similar performance, but the S20 Ultra runs some games at 120 FPS, so takes a point.

GALAXY NOTE 10 PLUS VS S20 ULTRA:BATTERY

On one side we have 5,000 mAh and on the other 4,300 mAh. Does this mean that the S20 Ultra delivers better autonomy? Yes! Your battery lasts a few hours longer. In moderate use, either one will have enough charge for a whole day and with plenty to spare. In heavy use, the Note 10 Plus may end up needing a quick charge before you go to sleep Samsung included a 25-Watt charger in the packaging of both and you might think that the Ultra’s battery takes longer to charge because of the bigger battery. It would make sense, but Ultra is a little faster, just minutes. For having better autonomy and charging faster, we give the S20 Ultra two points.

GALAXY NOTE 10 PLUS VS S20 ULTRA:CAMERA

On camera, there is the classic 12 MP sensor on the Note 10 Plus – the same as Samsung used for several generations. In Ultra, we had the debut of a new sensor of 108 MP. If you still believe that having more pixels means better pictures, it’s good to review your concepts. In well-lit scenarios, the two take great pictures, but at sunset, the Note 10 Plus does better with much more efficient HDR. At night they perform similarly, as does Night Mode. The Plus’ ultra-wide camera also takes better pictures, while the S20 Ultra has a tendency to leave everything darker. If you are interested in the promising 100x zoom, know that the quality is not there. There are rivals with a lower zoom that capture better photos. The Note 10 Plus shows that an old camera doesn’t always take worse pictures, and with that, it takes a point. As for selfies, we have the opposite – Samsung brought a much larger sensor in the Ultra with 40 MP resolution, which captures more details and suffers less with noise, especially in darker places. This makes Ultra a better selfie phone, not only than the Note 10 Plus but also the rest of the S20 line – with that, we give Ultra a point in selfies.

GALAXY NOTE 10 PLUS VS S20 ULTRA:RECORDING 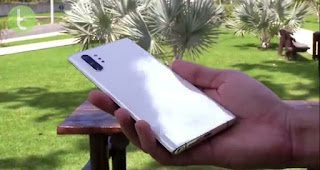 And the camcorder, are you excited about 8K or do you think it’s too early for that? Well, Ultra shoots at this resolution, but the fluidity is limited and eats up a lot of internal space. Overall, stabilization is better than Note 10 Plus, but autofocus is a bit of a problem. Samsung has been dropping updates to try to fix this. If you are looking to shoot more at night, then it is better to go on Note 10 Plus, which records clearer videos. The same happens with the frontal, which suffers less in darker places. The advantage of Ultra lies in shooting at 4K at 60 FPS, in audio capture, the two do well. For the camcorder, we give a draw.

GALAXY NOTE 10 PLUS VS S20 ULTRA:PRICES

The S20 Ultra costs almost twice the Note 10 Plus and many end up choosing the older model Samsung, because it is much more accessible. As much as the Korean launch depreciates in the coming months, and it will happen, you can be sure, it will take a while to get close to the Note 10 Plus value today. With that, the oldest device takes a point. Disappointed because the S20 Ultra was not superior at all? For the price that Samsung asks for it, it had the obligation to be better. We expected more from the performance and its cameras, but overall, it ends up being a little better Note 10 Plus, especially on screen, battery, games, and selfies. Not to mention that he will receive Android updates for longer. The point here is: pay twice as much to have a cell phone just a little better it doesn’t seem like a smart buy.

GALAXY NOTE 10 PLUS VS S20 ULTRA:CONCLUSION

As much as the S20 Ultra won our comparison, I recommend going on Note 10 Plus at this time. When the price of the latest one drops and the problems mentioned are fixed, then it will be a better purchase. And we have a question for you to answer in the comments: do you think it’s worth paying double on the S20 Ultra for the upgrades it brings? I’ll stick around, a big hug, and see you next time.