Xiaomi launched the first Pocophone in 2018 with the promise of revolutionizing the cost-effective killer cell phone proposal.  Since then this line has become an independent brand and now we have the well-deserved successor to the legendary F1 that comes under the name of Poco F2 Pro. It has evolved in every way, but is it still right in the price?  That’s what we’re going to check. 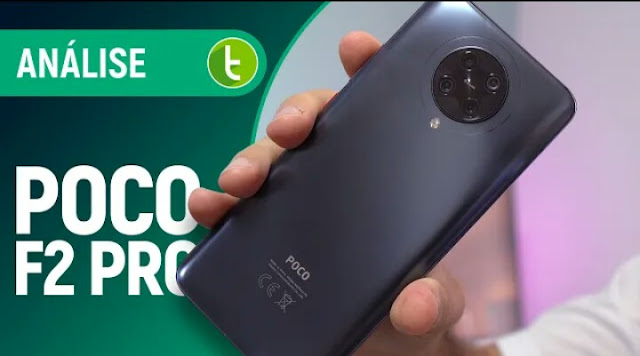 Xiaomi has maintained the tradition of launching the new Poco in a dark box with striking color names.  Inside you will find:

If you follow the launches of Xiaomi you should already imagine that the Poco F2 Pro is, in fact, some other model of the Chinese that has been renamed.  And that is exactly what we have here.  The F2 Pro is a variant of the K30 Pro. The two are identical, both on the outside and inside.  So if you are interested in Redmi, this review is for you too.

As said, the first Poco had the mission of being cheap.  The new medium that leaves this requirement aside.  It grew and its finish improved.  We no longer have the simple plastic body, but now a metal structure with a glass back and Gorilla Glass 5 protection, also present on the screen.  We can say that it is the same quality as the Mi 10. 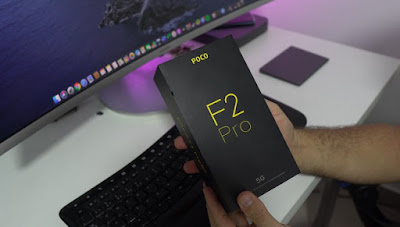 The giant notch has been eliminated and we now have a pop-up camera to avoid any punctures or cutouts on the front.  The biometrics at the rear went to the screen and it works very well.  The layout of the cameras is more prominent with four sensors arranged in an X shape in a raised circular part that resembles the manhole cover of the old Motorolas.

The Poco F2 Pro is sold as a true flagship and as such brings the latest in technologies such as sixth generation Wi-Fi, Bluetooth 5.1 and this time there is NFC and infrared.  If you are already looking for a cell phone with a 5G connection, then it is another point won by the new Pocophone.

Its screen is Super AMOLED with Full HD + resolution.  It achieves very high brightness when in the sun, has vivid colors (although it is set to cooler tones by default), black is perfect and the viewing angle is wide.  As it does not have a curved screen as in the Mi 10, there is a much lower incidence of reflections.  It was only missing to have 90 Hz to be complete.

If you’re a fan of the Galaxy line for its eye-popping color screens, you can change the calibration profile to the Saturated option and have something similar on the F2 Pro. And HDR10 is supported for you to enjoy content like that on YouTube  and NetFlix.

So far everything looks great with the F2 Pro, but let’s go to the first disappointment.  Like the K30 Pro, it also has only one sound output located next to the USB-C port.  The sound is powerful, but very dry.  The bass is nonexistent and we have a high prevalence of treble with little distortion when the volume is at maximum.

Second disappointment with the F2 Pro goes to its performance.  In our standardized speed test we had results far below the Mi 10 and others with Snapdragon 865. The fault lies in the management of RAM that kills everything in the background, perhaps to make the battery yield more.

In benchmarks we have high scores that reach 600 thousand in AnTuTu.  If you are the type who likes to show off with inflated points in synthetic tests you will be happy with the F2 Pro. 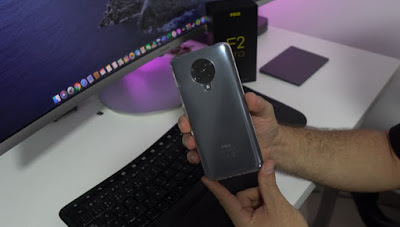 For having a screen of only 60 Hz do not expect more than 60 fps in games and that is what you will have in lighter games.  In PUBG in Ultra HDR quality we achieved an average of 40 fps, while Asphalt 9 was in the range of 30 fps as is common in most Android phones.

The first Pocophone has only two cameras, the new brings twice as much.  The main sensor of 64 MP is the same seen in the Redmi Note 9 Pro, but other cameras are more advanced.  By default it compresses images to 16 MP.  You can take photos at maximum quality to record a little more detail, but at the cost of triple the space.

Don’t expect the same quality as the Mi 10, the F2 Pro records pictures similar to intermediates with a 64 MP camera.  The photos have good colors, the HDR works well and we don’t see an exaggeration in sharpness or saturation.

The ultra-wide camera delivers photos with the same level of contrast and exposure when shooting during the day.  Only the colors that sometimes tend to a warmer tone.  The most interesting thing is to see that the software makes a good lens correction to avoid the usual distortions that we normally see in this type of camera.  At night, however, expect darker photos with less clarity.

There is a 2x shortcut in the camera app, but as the F2 Pro does not have a really telephoto lens, it basically only uses the main one and makes a small cut in the image.  And if you are shooting something that is too far away, you can expect very low quality photos.

Night shots are just decent.  There is noise, sharpness and apparent artifacts.  You can use night mode to reduce these problems, but details lost in the shadows are not restored.

The macro camera is great.  It has auto focus and allows you to get very close to what you want to photograph.  The blur camera also works well and makes little mistake in well-lit scenarios.  At night there are already some flaws and noises.

The pop-up camera is capable of taking beautiful selfies with lots of details, good skin tone and does not suffer in darker places.  The blur effect of portrait mode is quite convincing with the front.

While the Galaxy S20 line shoots at 8K at 24 fps, the F2 Pro can deliver 30 fps for greater fluidity.  In daytime filming we have vibrant colors with good contrast and level of detail.  The stabilization system works well, but the focus is not as agile as the Mi 10 or other top of the line.

The ultra-wide is capable of recording in 4K with less clarity and some noise.  The front does a good job, but is limited to shooting only in Full HD.  The audio capture, in general, is good, but a better noise canceling job is missing. 

One of the biggest strengths of the F2 Pro is its 4,700 mAh battery that guarantees more than 25 hours of autonomy in moderate use.  It is the second best top of the line that we tested in the last year, being placed on the ROG Phone 2 with its giant 6,000 mAh battery.

The recharge time is also very good with an average of 1 hour and 11 minutes to make the cell phone go from 0 to 100%.  With a quick charge of 15 minutes you recover almost 30% of battery.

The F2 Pro comes with Android 10 and Poco Launcher interface based on MIUI 11. Unlike other Xiaomi phones, here you get more simplified software that looks closer to the standard Android.  You have an app drawer as usual and not everything played on the home screen as Xiaomi loves to do.

The highlight is the Game Turbo that allows you to block calls and notifications while you play.  You can create profiles for each game where you can adjust the touch response and sensitivity for repetitive touches, which will help in some games.  It is also possible to measure the fps.

The Poco F2 Pro is a mobile phone that stands between premium intermediaries and true flagships.  It is something similar to what we have with the Galaxy S10 Lite and iPhone SE.  Is it worth more than rivals Samsung and Apple?

It is more expensive than national rivals, even if you decide to import it.  You take a slower cell phone, but it delivers better cameras and battery.

If you are keeping an eye on it just because of the pop-up camera and the screen without holes, the One Fusion Plus costs almost half.  Okay, Motorola is inferior in everything, but it’s still a great phone.