Samsung announced the Galaxy S20 FE in late September, noting that the device was created based on feedback from fans of the brand. 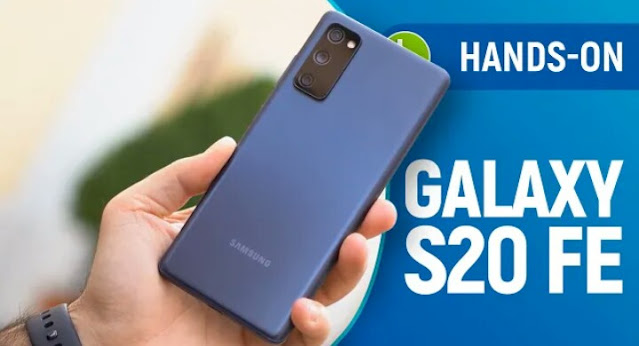 Scheduled to arrive in Brazil on October 20, thanks to our HDBlog brothers, we put our hands on the device to see if it really is that interesting, or if it is better to go to one of your brothers on the Galaxy S20 line,  already showing a good price drop in the national market.

The first thing you’ll notice is that the Galaxy S20 FE looks more like a model from the Note 20 line than the S20, inheriting the bouncy block, plastic rear and flat screen that we have in the cheapest variant with S Pen. 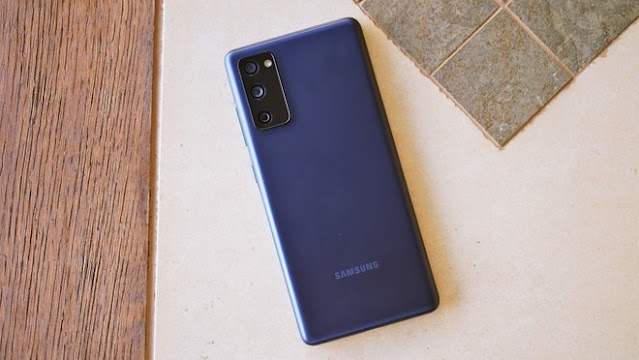 The finish is slightly rough and does not stick with fingerprints easily, but it is impossible not to notice that the touch is different from what we have in the other models of the Galaxy S20 line with its glass back.

The screen-to-body ratio is also a little worse here, since we don’t have a curved screen and with that the side edges are more evident, but in general it is not a big device for those who have a 6.5 inch screen, standing between the  Galaxy S20 and S20 Plus.

We do not have a P2 port for headphones, something we expected, but the surprise here is for the presence of IP68 certification against water and dust damage, which must have been one of the points that Samsung decided to adopt by listening to the feedback from fans.

Anyone who was disappointed with the Galaxy Note 20 released with a screen of only 60Hz can now get excited, because Samsung redeemed itself and launched the Galaxy S20 FE with a 120Hz screen.  It is not as good a panel as the rest of the S20 line, with a slightly lower brightness and lower resolution, but overall it leaves nothing to be desired for competitors, especially considering that it was launched at an aggressive price.

The colors are well calibrated, we support HDR content and the 120Hz are great for playing, plus the extra of not having so many reflections on the glass as the panel is completely flat.

Stereo sound proved to be another positive point, using the bottom speaker in conjunction with the speakerphone.  It is not as loud or engaging as the rest of the Galaxy S20 line, but it is already quite an upgrade compared to the Galaxy S10 Lite.

The Galaxy S20 FE was launched in two versions, the 4G model being equipped with the Exynos 990 while the 5G variant has the Snapdragon 865. You already know which one arrives in Brazil, don’t you?

Overall performance will be the same as the rest of the Galaxy S20 line, being able to run all games and apps on the Play Store without a problem for a few years.  All the functions of the other models are here, since we have the same One UI 2.5, including DeX mode to turn your device into a computer.

It is worth noting, however, that the Galaxy S20 FE has 6GB of RAM and 128GB of internal storage, while the rest of the S20 line starts with 8GB of RAM, which ends up limiting performance especially in multitasking.

The 4,500mAh battery promises to deliver a little better autonomy than we have on the Galaxy S20 Plus, probably due to the smaller screen and lower resolution, and in general you should be able to spend a whole day away from the plug.  It supports 25W recharge, ensuring that the entire battery is filled in about 1 hour.

Showing that the Galaxy S20 FE does not have that many cuts compared to the other models in the line, we have the same main sensor of 12 megapixels present in the Galaxy S20 and S20 Plus.  It also maintains fast focus and optical stabilization, offering great quality, good color balance and efficient HDR. 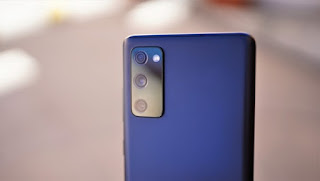 The strange point is that Samsung limited 4K recording to 60 fps, probably not to take away the 8K recording exclusivity of the most expensive models.

The 12-megapixel ultra-wide camera was also maintained, with a viewing angle of 123 degrees.  We have a small loss of quality compared to the main sensor, especially in darker environments, but in general it is a nice extra to record scenes that need a larger space in the field of view.

The big cut here was in the zoom camera, which dropped from 64 to 8 megapixels, and also had its aperture reduced.  As expected, the performance is much lower, being just an alternative for those who want to get closer to the scene without losing quality through digital zoom.

The selfies showed good quality with the 32 megapixel sensor, probably the same used in models like Galaxy A71 and Galaxy S10 Lite.  Like other Samsung cameras, you can choose whether you want a selfie with a more open or closer field.

Samsung launched the Galaxy S20 FE as an option for fans of the brand, but apparently it will be able to please far beyond its own base.  It delivers great performance, good 120Hz screen, stereo sound, IP68, powerful cameras and battery for the whole day, charging less than 700 euros in the European market for the 4G version and less than 800 euros for the 5G variant.

We will still need to see how much Samsung will charge for it in Brazil, but if it gets close to the  $ 800 charged by the Galaxy S10 Lite at its launch it will be a great order within a few weeks after its announcement.