If you want to purchase a mid range budget phone than Vivo had introduced a new launched phone Vivo V20.So this will be the Vivo V20 review.So if you are watching for a perfect mid range phone then you should read Vivo V20 review  till end. 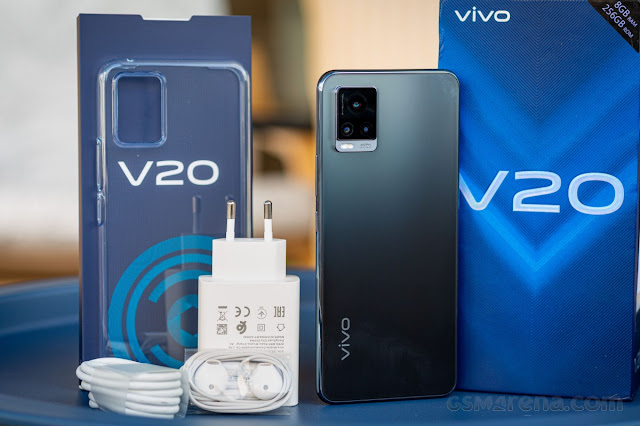 After having its specifications released in September, the vivo V20 was finally made official.  It arrives on the market as the first Chinese smartphone to bring Android 11 pre-installed from the factory, and now it can be purchased in India, a country where it was announced with a very interesting price for its specifications.

The phone comes packed with all the accessories which everyone want:

In terms of the cameras, we have three sensors at the rear, with the primary offering 64 MP of resolution, the second being due to a wide angle of 8 MP and the third a depth sensor of 2 MP.

For selfies, the manufacturer opted for the inclusion of a 44 MP module, which is even capable of shooting with 4K resolution at 60 fps.

vivo has added some of its apps, like the Game Sidebar with 4D game vibrations, its stock Gallery app, FM Radio, iManager, Compass and the Voice Recorder.

vivo has worked hard to ship the V20 with Android 11 already up and running. In fact, the whole Funtoch OS 11 feels very Pixel-like with near stock icons, a stock power menu, Google’s keyboard as standard and Android 11 exclusive features peppered throughout, like the Conversations, Bubbles, Notification History, Nearby Share and the stock Focus mode. 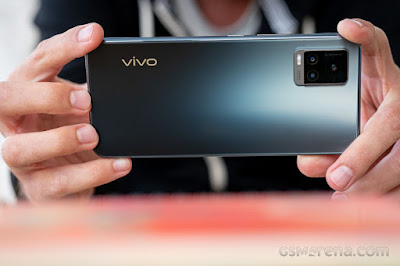 Vivo’s Funtouch OS has its own software changes that go beyond what Google had in mind, some of which overlap with Android 11’s additions. For example, Android 11 added a native screen recorder, which Vivo’s Funtouch OS has had for years. So instead, Vivo added to “S-Capture”, which is a group of screen grabbing or recording tools. These include a basic screen recorder, of course, but also scrolling screenshot capture, or the ability to grab screenshots in specific shapes, like a heart, circle, etc.

Among other interesting details in vivo V20 we have the presence of technologies such as USB-C, fingerprint reader under the screen and P2 connector for headphones.  The operating system is up to Funtouch OS 11, based on Android 11.

vivo has added some of its apps, like the Game Sidebar with 4D game vibrations, its stock Gallery app, FM Radio, iManager, Compass and the Voice Recorder.

The sale starts on October 20, with the v20 being offered in white, gray and a gradient of blue and pink.  It is worth me that the variants for the Indian market are slightly different from those announced before in Thailand, seeing that they do not have a double front camera nor a hole in the corner of the screen, bringing the traditional drop notch.

So this was the complete Vivo V20 review.It is a phone which everyone want in mid range.