The LG Velvet phone is so interesting that it is worth putting this phone side by side with competitors.  We have seen, compared to others like the Edge, A71, that its finish is very good and the processing still takes the stride. 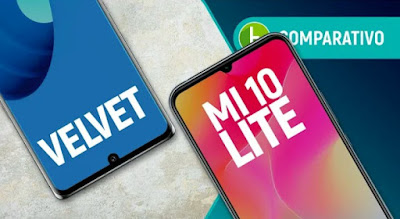 But what about a Xiaomi?  What if this Xiaomi is imported?  What if it is the Mi 10 Lite?  It is an interesting set, for a much smaller value, does Velvet hold?  You can check it out now, here in this comparison.

While the LG mobile phone has a renewal in the South Korean line, Xiaomi has done differently.  It did not follow the more modern look of the top of the line Mi 10 and even got very close to Samsung’s intermediate devices, with rounded rear, domino camera module and flat screen, without curves. 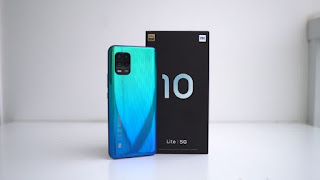 The LG, in fact, resembles Samsung’s line 10, and features a straighter rear, separate cameras arranged vertically and a strikingly long curved screen.  There are also differences in the material, because although the back of both is made of glass, the body is made of plastic in Xiaomi and aluminum in Velvet.

And if on Xiaomi there was no concern with protections, Velvet takes everything for him: in addition to being IP68, it has military certification.  In the notch, the two don’t shy away from each other, and if it’s a drop in the LG, it’s in U in the Mi 10 Lite, staying the same.  The biometric reader is below the screen, and is slightly better on the Mi 10 Lite. 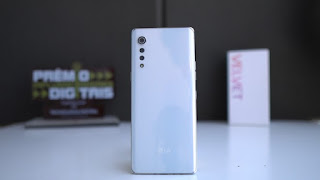 They are also zero to zero in the slots.  Both are dual SIM, but while Velvet is hybrid, Xiaomi simply does not have a microSD slot.  In size, while LG is narrower and lighter, Xiaomi manages to be lower, but heavier, even with less battery and plastic.

It is difficult to beat Velvet in construction, he takes the point.

Our two competitors have OLED displays, 6.8-inch P-OLED on the Velvet and AMOLED on the Mi 10 Lite.  Because it has a curved screen, the LG smartphone has a better screen-to-body ratio, but both are FullHD +.

The Velvet’s display is wide, more stretched, and can be brighter in automatic mode and will look better in the sun, although the Xiaomi is not bad.  The Velvet looks nice with the curved screen, but it does impair visibility a little.

Both have support for HDR10 and can be adjusted to the user’s taste, although in Velvet this is not announced.  Only Xiaomi shows HDR content on Netflix, but an update can fix that on LG.

The quality of the two screens is very good, with perfect contrast, good colors and adjustments.  They tie here for brightness and HDR10.

In audio, LG followed Xiaomi and decided not to put headphones in the box, claiming that the user will certainly prefer a better one.  Therefore, we can only evaluate the external sound, which will be better on Velvet, the only stereo here.

The Mi 10 Lite is decent, but it is mono close to the USB connection.  It will be cool for videos, but it won’t have good bass for music, although it has aptX for wireless sound.  Velvet has good audio, and even though no one has headphones here, they both have a P2 connection.

Point for the LG Velvet.

We have two Androids, but two different interfaces.  The two arrive on Android 10, and although neither has an official update announcement, the Mi 10 Lite has more chances, and LG is pretty messy about updates.

The LG UX is revamped, and while it still looks like Samsung’s OneUI has lots of features, support for themes and fonts and special features in the camera app.  Xiaomi’s MIUI 12 also has many features, and greater support from the user community.

For connections, the Mi 10 Lite is an interesting option because it is a 5G phone of the cheapest available today.  This is also a traditional Xiaomi for bringing an infrared port to control other electronics.  Other than that, the two have Wi-Fi ac, Bluetooth 5.1 and NFC.

That point is certainly the Mi 10 Lite.

In other comparisons the set of Velvet has surprised.  A Pocophone-style bet on a 2018 Qualcomm Snapdragon 845 processor, accompanied by 6 GB of RAM.  The Mi 10 Lite arrives with a very current set with Snapdragon 765 chipset and other 6 GB of RAM.  Velvet came in a 128 GB version, and Xiaomi has this and more versions with 64 GB and 256 GB with 8 GB of RAM.

And you want to know as much as we do, who does better?  Well, in benchmarks Velvet is 5% better, which is already exciting.  In our standardized app opening tests, the LG phone was also better, being 20% ​​faster.

In addition to seeing that the 845 still yields a broth, it shows that LG has left its software well optimized.  In games, the two will perform very well.  All the titles we tested, including PUBG in high quality HDR, ran smooth.

But the point remains with Velvet for the work as a whole.

Here, we already said that the battery of the Mi 10 Lite is smaller, and it has 4,160 mAh.  The Velvet arrives with 4,300 mAh, but the results were similar in tests, which may mean that the 845 drinks a lot.

There were approximately 20 and a half hours of battery life for both, and on screen the Mi 10 Lite is still just over 11 hours and 10 minutes away, an hour longer than its rival.  In recharging, even though the LG charger is 16W and the Xiaomi 22.5W, the recharge time was similar, around an hour and a half.  Velvet is the only one here that brings wireless charging.

The Velvet gets the point for wireless charging.

As intermediaries, we don’t have huge numbers on our competitors’ cameras, but we do have sets that are at least triple, and very similar.  Look:

On the main sensor, the two will make great photos in good light, with colors, HDR and sharpness well matched.  LG’s AI is really good for something, which is hard to do.  However, the Velvet skates in the night mode, bringing a lot of noise, while the Mi 10 Lite manages excellent captures in this mode for an intermediary.

For ultrawide, the two saturate the photos more than the larger sensor, and will suffer with less light.  The depth sensor helps a lot in both and the Mi 10 Lite brings the extra of the macro, which is not great but makes interesting captures, even more because it brings automatic focus.

A night mode and versatility are important, and make the point for the Mi 10 Lite. 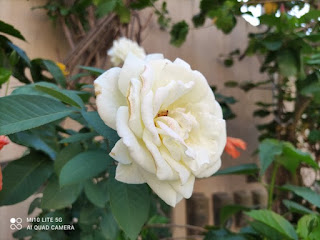 For videos, they already start with limitations.  Neither record in 4K at 60 fps, only at 30fps, and have only electronic, not optical, stabilization.  Overall, both have great audio capture and good stabilization, which works only in FullHD.

While the Velvet has some audio features, such as microphone zoom and ASMR mode, the Mi 10 Lite features slow motion and can record at the same time with the rear and front cameras.

What sets the point for the Mi 10 Lite here is its focus, much faster than the competitor’s. 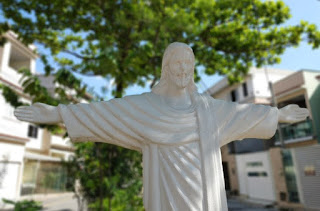 The front camera of both has 16 megapixels, but the aperture is f / 1.9 for the Velvet and f / 2.5 on the Xiaomi. In addition to this advantage, the LG is the only one here that records in 4K on this camera.

But, in the photos, it is the Mi 10 Lite that does best, making good selfies in any situation, with good blur.  The Velvet also has good photos in the front, but it trips in low light, losing sharpness.  It can also pop the background of the photo in the sun.

The 4K of one, the best selfies of the other, we have a draw.

We talk about price with that usual observation when we have imported products in the race.  The launch abroad is usually cheaper, and we always consider the 60% tax on the device.

However, even that doesn’t stop the Mi 10 Lite from being cheaper at all.  Not yet officially launched here, it reached 349 euros abroad, approximately R$ 150.  The Velvet arrived expensive as more robust devices from LG always arrive, and reached $ 260.

Currently, the Velvet has already dropped a little in price and is for  $ 240, still expensive.  The Mi 10 Lite, on import sites, already with taxes, can be found at  $ 200, a better value than its rival.  This makes it more cost effective today.

The final price point is the imported Xiaomi.

Although we have a tie at the end, our two competitors today have different proposals, which may not please the same person.  Want more updates and a better camera, with a 5G at an economical price?  Go from Mi 10 Lite.

You don’t like imported products, do you want the national guarantee, do you appreciate a quality finish, good performance, stereo audio for media and games, and a very reasonable battery?  Hence the LG Velvet is the choice.

Similarly, both have great display, good selfies and similar battery life.  If you prioritize this, both will satisfy you.

But which team are you from?  Of those who want a good performance, regardless of whether the chipset is older?  Or are you one of those who prefer MIUI and its updates?  Answer us down there!

The LG Velvet is available at Casasbahia for  $ 240.  The cost-benefit ratio is average but this is the best model in this price range.