Google decided to invest in the intermediary cellphone segment with the Pixel 3a in 2019. It was not a great success due to its outdated design with excessive borders, below average hardware and battery that lasted a little.All of this has been fixed in Pixel 4a.Do we now have a good middleman with pure Android? 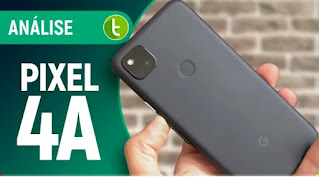 The Pixel 4a comes in white packaging with a back of the device stamped on the cover.  In addition to the cell phone you will receive: 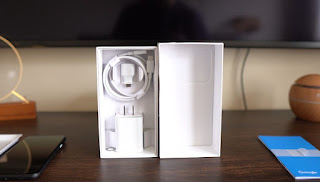 The Pixel 4a has a plastic body and does not try to innovate in design.  What matters is that the edges have been reduced with the adoption of a hole-shaped notch.  This made the new Google intermediary more compact, even with the increase in screen.

The rear now has a completely matte finish and that even includes the biometric reader.  The camera layout follows the same pattern adopted in the most expensive models of the brand with a bouncing block that includes a two-tone LED flash.

You will have a better smartphone to hold, as it is more compact and lighter.  The Pixel 4a, aims at the public that is tired of big cell phones, where even entry-level models hit the market with more than 6 inches of screen.

Google phones don’t have a microSD slot, but at least now we have 128 GB of storage.  The cheapest model does not have IP68 certification as seen in the Pixel 4, but this was already expected because of the price reduction.  Other technologies such as Wi-Fi, Bluetooth and NFC are the same in both.

The Pixel 4a’s screen is also OLED, it just doesn’t have the high update rate of the most expensive model.  Okay, its rivals also have a 60 Hz panel. The highlight of Google’s cell phone is the high brightness of the screen, which ensures good viewing even on the sunniest days.  Compared to Pixel 3a we have a great evolution.  It seems that Google left LG aside and decided to bet on Samsung as a supplier.

The infinite contrast of OLED technology ensures perfect black and vibrant colors, but without overdoing it.  There are three profiles that the user can choose from.  One changes the saturation according to the content of the screen, but you can choose this manually between the other two profiles.  The viewing angle is wide and the experience delivered by Pixel is great.  We can even say that it is among the best intermediaries that we test when it comes to image.

Best of all, it has stereo sound to complement the multimedia experience, while most manufacturers continue to limit their middlemen with mono sound.  The audio reproduced by Pixel 4a is not the most balanced, and tends to be very high-pitched, which can result in a little distortion when the volume is at maximum.

The important thing is that the sound is powerful and better than others in the segment.  It does not come with a headset in the box, but you can connect any headset you have to the P2 input on the top of the device.  The sound delivered by Pixel is loud and clean, making it a great option for listening to music with professional headphones.

Performance has never been the strong point of the Pixel line, even though Google phones come with good hardware and a pure system that should be well tuned.  At least things are improving and the Pixel 4a delivers expected performance for a device in the segment and was even faster in our tests than others with Snapdragon 730G, as is the case with the Moto G9 Plus.

Having 6 GB of RAM helps a lot to hold many apps and games in the background.  The agile response time of the screen also improves the experience, even if the panel is only 60 Hz. In benchmarks we have above average scores and will please those who care about AnTuTu results.

The Pixel 4a is not a gamer phone, but it runs any Android game without gagging.  In PUBG it was possible to play in the Alta HD configuration and in the others we had an experience close to 60 fps.  Unfortunately, there is no tool to extract better performance or limit features and notifications while playing.  At least the Google intermediary does not suffer from heat for as long as you play for hours.

And speaking of the camera, it may seem that the Pixel 4a is obsolete by bringing only one sensor at the rear, while rivals are already betting on four cameras.  The resolution remains the same as the previous generation, but now it has a wider focal aperture to help in dark scenarios.

Camera has always been Google’s forte and the Pixel 4a does a good job with its unique rear sensor.  Google’s HDR + algorithm always comes into play to reduce artifacts and noise without sacrificing photo details.  Pixel gets the colors right, but if you prefer a cooler tone to work on editing later, you can use night mode indoors.

Blur– In night scenes this is where the Pixel 4a stands out the most.  Here it stands well above the competition with clearer photos and little noise.  Even if you use the 2x zoom, you will still have clean images with night mode enabled.  In fact, it is very rare to see an intermediate cell phone with such efficient night mode.

The background blur is limited by having only a single camera.  In many cases we see noticeable flaws, but the important thing is that it works with plants and animals.  Do you miss a macro or dedicated camera for blurring?  Google could have invested at least in a secondary with an ultra-wide lens.

Night- The front camera is the same as the previous generation and can record good selfies in any type of scenery and lighting.  It’s only problem is in the distant fixed focus.  The impression we have is that the phone always focuses on the background and not on the person, leaving the selfies softened. 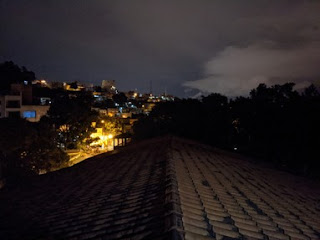 To solve this problem just use the portrait mode that completely blurs the background of the photos.  Some flaws close to the person’s face, especially at the tips of the ears and hair, are noticeable.  Still, the results are better than seen with the rear camera.

Selfies-  The Pixel 4a can shoot 4K at a maximum of 30 fps or Full HD up to a maximum of 60 frames per second.  When shooting at 30 fps you will have sharp images with great colors.  The focus is agile and electronic stabilization is efficient.  Now changing to 60 fps will lose sharpness in exchange for more fluidity in the videos.

There is a mode called Cinematic that basically works like slow motion footage.  The quality drops a lot, especially at night.  The front camera is also quite limited in dark scenarios, but you can use the screen lighting to brighten the videos.

Another point that the Pixel line always disappointed was drums.  Google continues with the craze to include small batteries in their cell phones, but as the Pixel 4a is a compact device, you can’t expect 5,000 mAh.  At least Android 11 has better power management and now we see good autonomy for a phone with just over 3,000 mAh.

The autonomy goes far beyond the Pixel 3a, but it can still be insufficient for those who do not leave the cell phone for a single minute.  A second charge may be required in the early evening, but at least the charging time is not as long.  Your battery goes from 0 to 100% in less than 1 ½ hours.

With a fast charge of 15 minutes you will have 27% of the battery recovered, which allows you to have a few extra hours of moderate use.

The Pixel 4a comes out of the box with Android 10, but already has Android 11 and December security patch available.  Its biggest differential is to receive updates before others and with updates guaranteed for three years.

The system is clean and flows very well, as expected from a Pixel.  When you press the power button you will have shortcuts to control smart electronics in your home, as well as payment information with G Pay.

You may have seen that Motorola’s recent releases allow you to customize the Android interface.  This is also present in the Pixel 4a and you can change the font, icons and accent colors of the system.

There are new shortcuts, such as switching between the rear and front camera when rotating the phone.  It is similar to what we have in some of Motorola, but it does not serve to open the camera app.

The Pixel 4a is a good intermediate phone, but it is not sold here and it will be expensive to import.  What would be the alternatives in the national market?

There’s the Moto G9 Plus with the same hardware, but it doesn’t deliver the same fluid performance.  Motorola’s intermediary has a more complete set of cameras with ultra-wide and macro lenses, but the Pixel takes the best in the quality of the photos.  On battery we have little advantage for the G9 Plus.

The Galaxy A51 is a good intermediary for Samsung, but it doesn’t stand a chance against the Pixel 4a.  The Google intermediary wins in performance and camera, but draws on battery life.  Already from Xiaomi we have the Redmi Note 9S which has a battery that lasts much longer and brings some differentials to games, but loses in other aspects.

CONCLUSION:
So this was detailed google pixel 4a review.If you liked it than plz share it with your friends. 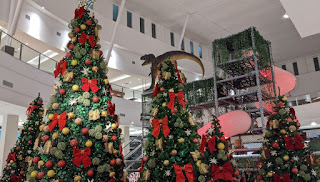